“I’ll have another Lonely Bear IPA when ya get time.”

“Another already, huh?  Ya just sat down.  Guess I’ll have to keep an eye on you.”

“Different folks have been keepin’ an eye on me since I was in the second grade.  With very limited success.”

Jeff Hanson looked up from his book.  He glanced at the wise-cracking customer in the ornate back bar’s mirror.  Nobody he knew.  He went back to his reading.

It was 10:30 on a Tuesday morning and up until now it had been just he and the bartender.  Jeff liked it like that.

Eddie, the bartender at Russ & Tommy’s Saloon, set the fresh tap down in front of the customer.

“So, I’m Ronny,” said the customer, extending his hand to Eddie.  “What’s goin’ on here in Jerome that I might be interested in.”

“Well, you might find some action down the road in Sedona or over in Prescott, but Jerome’s just a small town that puts up with a quiet tourist trade.  No big city stuff here.”

“So, did you grow up in Jerome?” asked Ronny.

“Well, where ya from?” asked Ronny, sounding a little annoyed.  “I’m from The Bronx.  That’s in New York City.”

“I know where The Bronx is,” said Eddie, now rinsing the glasses and setting them on a drain board to dry.

Jeff was watching Ronny in the mirror when Ronny looked over at him.  “What’s with him?” he asked.

“He’s in The Witness Protection Program,” said Jeff without smiling.

Jeff then turned on his bar stool and faced Ronny.  “Actually, Eddie and I are both in The Witness Protection Program.  There’s a bunch of us in Jerome who are.  Who ya lookin’ for?”

When Ronny turned from Jeff back to Eddie he was looking at the silencer on the end of a pistol.

“You’re Johnny Sampson, ain’tcha,” said Eddie.  “I didn’t recognize ya at first.  Tell Louie ‘Hey’ from me when ya see him in hell.”

There was a “pfffft!” from the pistol and Ronny, or Johnny, fell backward off his stool onto the floor, taking his IPA with him.

“Waste of good beer,” said Jeff.  “I musta recognized him just after you did.  When you gave him that ‘Nope’ I figured he needed a closer look.”

“Sometimes it’s like you think this is all fun and games,” said Eddie.   “One day, they’re gonna send a smarter wiseguy out here and he may just shoot first without the chatter.”

“Yeah, tellin’ us he was from The Bronx was really dumb.  If we needed anything to snap us to attention, something like that would do it.”

“Let’s move the stiff out back first.  Lunch crowd’ll be showin’ up soon.”

“Right.  I’ll ask Lester to take Johnny here up to the old mine shaft after dark.”

“So, Eddie, this Witness Protection Program we’re in – who is it exactly that’s supposed to be protectin’ us.”

“It’s a Federal program, so I guess it’s the Feds’ job.  Seems like so far it’s been just you and me protectin’ each other.  Here, you take his legs….” 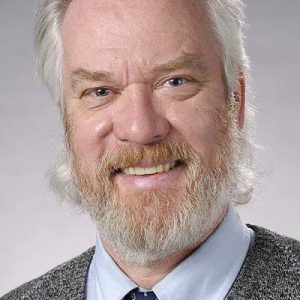 Roy Dorman is retired from the University of Wisconsin-Madison Benefits Office and has been a voracious reader for over 60 years. At the prompting of an old high school friend, himself a retired English teacher, Roy is now a voracious writer. He has had flash fiction and poetry published in Black Petals, Yellow Mama, Theme of Absence, Near To the Knuckle, Shotgun Honey, Cease Cows, and a number of other online and print journals. Roy is currently the submissions editor at Yahara Prairie Lights.