Usually it’s the fiery women who drag you into trouble, but this one was round faced and small breasted and of that age where a woman must choose between a nice face and a nice ass.  She had a nice ass. The face was overfull and heart-shaped like a February candy box, only it was late March. She chewed gum ferociously and kept the beer and shots coming for the millworkers after their four to twelve shift.  She was the only woman in this strictly cash bar but despite the rough crowd, every man there treated her kindly.

I liked her.  I liked her clean white bar towel and the gold cross that now and then peeked through the gaps in her button front shirt. I liked how she poured generously when she made my 7&7 and how she sounded sincere when she said thanks for the loose change tips the workers left her. And when she bent to wash beer mugs, I liked the motion of her best feature in the mirror behind the bar and felt embarrassed for staring when she caught me and happy that there was enough self-respect left in me to feel ashamed.

The place was nearly empty by one-thirty when she said last call.  I asked for another 7&7 and ducked into the men’s room.  By the time I had put on exam gloves, checked my piece, and emerged, the place was empty and my final drink was waiting. I took a long sip then spilled the rest on the bar. She moved quick as a toddler’s mommy to mop it up with her towel. When she looked up, I had my pistol trained on her. I pulled a tote bag from my pocket.

“Robbery. Empty the register then come around the bar and sit down at a table.”

She didn’t look scared or angry.  She just looked like she didn’t believe it was happening. But she did what I asked, which is good because you don’t want to shoot them behind the bar.  There will be blood that you can’t help walking through and that means you are leaving behind a witness and taking one along with you as well.

There was a Radio Shack security camera setup that fed into an ancient VCR under the bar. I ejected the tape and put it in my coat pocket. There was a cheap Brazilian revolver next to it. I took it too.

“Stand up and go into the ladies’ room.  Count to 500 real slow before you come out.” I said.  I wanted her get through the doorway before I shot. Blood spatters more than you think.

She looked at me a little longer than I liked. She wanted to believe me, to think that in five minutes she would open the restroom door and find me gone with her payday take. She wanted her life to resume with an exciting story to tell her friends. She pulled herself together, stood, a little shakily, and walked into the restroom. I meant to shoot her before she could close and lock the door. Her white shirt filled the sight of my gun and my finger was on the trigger.  I can’t tell you why, but I didn’t.  I let the door close behind her then I hurried toward the front exit. The restroom door slammed open and I turned back just as she fired.  She was shaking like a leaf, but the Taurus she held didn’t require accuracy.  A .410 buckshot load fired from a pistol spreads wide even across a barroom.  Two of the three balls hit me and the pain was blinding. I struggled to raise my gun as she steadied her hand and fired again. 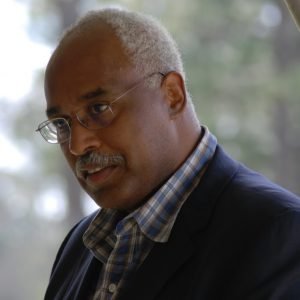 Conrad Person has been a farmer, a steelworker, and a corporate drone. Now he is a writer, specializing in short fiction. While writing has given him the greatest satisfaction, his work would have no heart without his years of earth, iron, and the buzzing of fluorescent lights. The pen has proven harder to wield than either hammer or hoe.