“You got a freezer. Part the fucker out. Every week or so you slip a foot or a hand in with the trash. Right in there with the coffee grounds and the other rank shit.”

“No good. Problem with that is you end up with maybe fifteen chances of gettin’ caught. It raises the odds, man. No, we gotta get rid of this fuck in one go. I gotta figure out how to do this, like, tonight. We can’t be sitting around cuttin’ him up and treating him like last week’s leftovers.”

“You’re here now, aren’t you? That’s enough. I didn’t call you over to fuckin’ complain about my predicament, I called for help.”

“Why call me? What do I know about this shit?”

“You’re always talking like you do. All your tough-guy bullshit. Now it’s time to man-up and help me deal with this.”

“What’re you saying, I’m an accomplice? For picking up the phone? Fuck that. It ain’t a crime to pick up the phone.”

“Look, man, I don’t wanna sit here and waste time arguing about this shit. What are we gonna do with this fuck? Look at him, he’s gotta weigh at least two-fifty. I can’t very well lug him around myself.”

“Shit, shit, shit.” His friend rubbed his temples and sucked on his teeth. “I don’t know. You want to dig a hole, that’s hard work. Looks easy on TV, but digging takes hours and hours. Forever. You got to make it real deep, too. That fat piece of shit will be stinking to high heaven soon. You still got that freezer out in the garage, right? We could empty it out and stick him in while we figure it out.”

“The big one? No, that thing hasn’t worked for years.”

“What’s it still doing there?”

“What do you mean, what’s it still doing there? I’ll get rid of it when I get around to it. Fuck, man. That’s not really the issue here.”

“I can’t believe you dragged me into this shit. What am I supposed to tell Sarah? I get up and walk out in the middle of a movie and don’t show up for days? How’s that gonna look?”

“You were at the movies?”

“On TV, dumbass. I was at home. She’s still sitting there waiting on me. Phone rings, I up and disappear. Then I show up god knows when with blood and dirt all over me? She’s gonna kill me.”

He moved behind the dead man, looking at his dimensions, figuring on how to lift him up. “Sorry that I called you with a problem. I mean, shit, you’re my bro. If you can’t reach out when you got a problem, then—”

“I didn’t intend for it to happen. I wasn’t planning on killing a guy in my living room fer Christ’s sakes.”

“What the fuck did happen?”

“He pulled a gun on me. We were talking about how this deal with Andre went south and the fucker pulled a piece. What was I supposed to do?”

“Sittin’ right where you are now—looking right at him—trying to reason and shit.”

“Goddamn. What’d you do with his gun?”

“I got it right here.” He reached behind the dead man, picked up the gun from the floor, and stood up behind the lifeless body. He pointed the barrel at his friend and fired. Once—right in the chest. He wiped down the piece and fitted it into the dead man’s hand. Then he moved over to his dying friend and placed his own pistol in his friend’s hand. And, gently squeezing his friend’s finger, he popped off a shot into the wall. 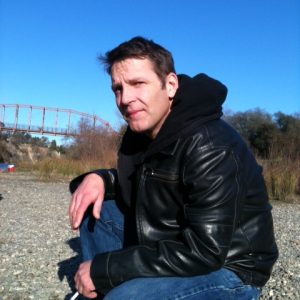 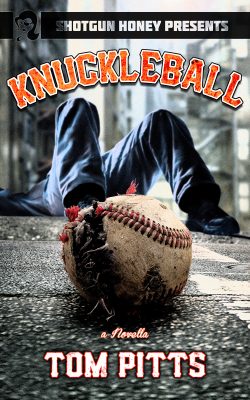