“So what were you going to get me for Christmas?” she whispered.

“A book,” he replied. Elle was the sort of person who never said aloud that she wanted something, and honestly seemed to not desire much. She didn’t like jewelry or expensive clothes, and didn’t care about gadgets with an i in their name. Her tastes were modest; she was a reader. So, when Evan had seen the collector’s edition of her favorite novel on display behind the counter at the bookstore he knew that’s what she had to have.

The bookseller described all the things about it that made the edition special: Smyth sewn bindings, embossed endpapers, and gilded edges. The thing came in a traycase that folded out with the book in a box on one side and an art print on the other that looked like a piece of the ancient manuscript the characters used to defeat the ancient evil after them. There were only twenty-six, lettered copies of that edition of the book in the world. But that it was hand-signed by the author before he died was what made it perfect. That this one was even the letter E in the series made it almost like the author had personalized it just for Elle.

Evan had read the book once and liked it well enough, even though he wasn’t much of a reader. But Elle, she read it every year at Christmastime. She said it reminded her of getting the book from her dad when she was ten. Sixteen years later, she still owned the same copy he’d given her Christmas morning. The pages were yellow, the spine was warped, and the back cover had fallen off. It never had a front cover; her old man had pulled a “stripped” paperback book out of a dumpster behind the mall and given it to his kid as a present. Yet, she loved it like it was printed on angel feathers.

Evan bought her a new copy a few years ago, but she didn’t throw her original copy away. She retired it to a shelf above their bed. She’d give up an arm or an eye before she got rid of the last thing her father had ever given her. It was the only thing she had left of him. After he took off, her mother had gone through the house and removed every last trace of her husband, erasing him from their history like he was a Soviet defector. Besides Elle herself, that book was all that remained of him.

The fancy edition behind the counter cost two thousand dollars. Before seeing it, Evan would have said he didn’t know who in hell would spend two grand on a book. But, damn, if he didn’t want to get it for her. She deserved it. Problem was, he didn’t have two thousand dollars—he wasn’t sure he’d ever held that much money at once. He couldn’t steal the book either. Not as often as she dragged him into that store to shop. He had to buy it if she was going to have it.

So, he stole a red kettle. And then another one. Three of them, successfully, in fact. It was taking the fourth one that got him arrested. If people weren’t such fuckin’ Scrooges, he could’ve gotten away with only one or maybe two. But then, times were tough, and folks were getting tight with their money. That’s what the asshole manager at the restaurant told him when he said they had to let Evan go.

“What were you going to get me?” he asked.

“I had my eye on that nice chef’s knife you wanted. You know the one.”

He nodded. “You must’ve had more than your eye on it.”

She smiled and blushed. “I had my eye on it. I don’t know how the display case came unlocked.”

The prosecutor shouted out, “The State calls Evan Cassiel. Docket number 2016-cv616-A.” A bailiff took Evan by the elbow and led him out of the holding box toward the defense table. Evan looked back at Elle, waiting her turn before the judge, and winked. She blew a kiss to him. At least they got to spend Christmas Eve together. 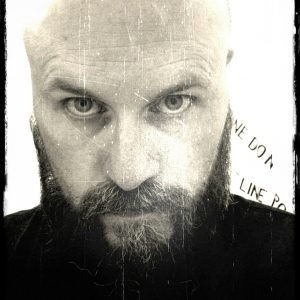