Smoke cut back over a black bowl.  That slender vine of white fishing up and twirling out…

…as two stools down, there’s a convo needed hearing.

“Worse—” An ugly man’s voice slipped and crawled over beat down dreams and slim pockets.  Talk of the plant’s closing the cause.  Pushed all the right people out.  Kept all the wrong ones in.  But anybody’d tell ya, straight business hadn’t existed in twenty damn years.  Only thing that plant’s closing done were spread that rot round already living.

“Whatch ya mean worse?”  A rubber-nose fuck cawed out overtop the mangled wood.  His fingers busy at loosening grime from his nails.

“How it gonna get worse?”

“Just did,” that ugly man spit out.

Quarter jugs on Tuesday ‘til half past one.  Paired down for a sloppy mess of drool on the town’s finest.  I came ever’ week.  Seat saved at the end.  The one in the corner, the one where the light never made it past the edge of the bar and one might go unnoticed.

‘Fore that first’on’s fingers even begged up for another, Pattie’d already slid one down.  Her eyes reverting back to that crossword.

“Joe?”  Rubber-nose took to a glance.  “Joe,” this time sandwiched just under his breath, “Joe said that?”

“Don’t matter what ya believe.  It’s what said.”

“Ain’t noway.  We strung him up.  Hell,” rubber-nose stopped.  Realized that voice of his bouncing, “hell, watched ya…”

“Exactly,” rubber-nose bit out, “why I’m saying Joe ain’t seen what he said he seen.  Ain’t no way this side of hell that man’s walking round.”

“Tied that rope myself.”  Rubber-nose shook his head.

“Well, Joe said he saw.  Saw him walking ‘bout like anybody else.”

“Last call.  Ain’t even thirty past twelve yet.”

Pattie flashed up from her crossword, ‘em glasses of her’s posted up on that slender nose like a barracuda snifting through all the shit she’d hear in a day’s time. “Honey, I just sling ‘em.  Boss said shut it down early.  Ya got a problem with that, take it up with him.  LAST CALL,” she hollered out again.

Pattie filled up and slammed down.  There’s two a piece, their usual.

On her way round the bar, Pattie chiseled out a gander through the thick sway of smoke towards that corner in the back, towards that corner where I’s holding out.  Held up a hand.   Spoke to my being good.  Leaving out soon anyhow.  Only needed hear two more things ‘fore I’s ready.

“It’s like I said, Ferris, ain’t no way, that man’s walking and breathing after the hurting we put on him.

“Then we’s in a whole heap of trouble, there, Ferris.”

Stool culled strips from the wood where my foot kicked it out.  Whole bar silent.  Only sound were the shifting of Pattie’s crossword as it hit the bar and she made her way to the back.  She’d been at this game long enough to know when troubles meant to be stopped and when it ain’t.

“Suspect, ya boys ain’t too happy.”  Voice barreled out my throat like a loaded shot.  Dispersed out amongst ‘em sorry somabitches in the room, declaring any who didn’t want some, best get the fuck out.  Coins hitting tables followed suit as a wavering light tick tocked over the sear in my neck.

A line of shards trailed behind me, fingers busy with the pitch.  “Joe, huh.”  I traced over that line splitting my neck.  “Funny, he said different.”

About A L Erwin 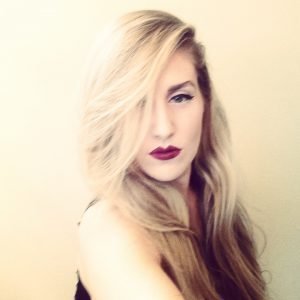 I write.  I read.  I sling.  First novel goes by: A Ballad Concerning Black Betty or The Retelling of A Man Killer and Her Machete, available on Amazon.  You can find the short, '54, a precursor to "Willard Till,"  in Cheap Pop.  Stay tuned, they'll be more to come.  Meantime find my postings on ashley-erwin.com or for more up to date listings follow me @littleblndninja on twitter or on facebook under A. L. Erwin.