Glenn held the front door of their childhood home open for his sisters.

“Can I fix you a drink, Celeste?”  For a moment, his younger sister saw their father leaning toward her with a tentative smile. Funerals played tricks with time.

“White wine.” Celeste leaned her head back against couch cushions.

“I saw you glowering at the minister. Did he screw up something up, Celeste?” Dori asked.

Dori accepted the cocktail glass from Glenn. “Do you remember Mom’s wild stories?”

Glenn snorted, “She’d have made a buck or two if she wrote them down. Remember the one about Grandma’s secret dowry?”

Celeste smiled. “You know, I asked Grandma about it once before she died. She said she wished Mom would stop filling our heads with nonsense.”

“When I visited last Tuesday, Mom said, and I quote, the butler didn’t do it. It’s the valet.”

“Wanderings of a muddled mind,” Celeste said. Grateful the wine blunted the sharp edges of the day.

”Nothing’s been updated in here since we left,” Glenn’s said, shaking his head as he looked around.

The sisters picked up glasses and plates and brought them to the kitchen. Celeste talked about her son’s football achievements. Her voice choked when she brought up her daughter. “I don’t know what to say to Maddie about her art.”

“Harris wants her to take business courses. They get into verbal battles if I leave them alone. She wants to be an animator.”

The sisters retreated to their childhood rooms. Dori’s mind refused to turn off. She came back to that puzzling line. “The butler didn’t do it. It’s the valet.” Then her mom had laughed. Dori forgot how much she loved that sound.

She decided to get a head start on organizing and climbed the stairs to the attic. The space smelled musty, so she cracked open the windows. Then she scanned the room to choose the best place to start.

The three piles she created grew steadily before it hit her. She remembered when mom gave her dad a valet. “You bought that ridiculous chair for me? Return it,” he’d said.

Dori walked past a pile of discarded printer stands, dining room chairs, and a rattan ottoman before spotting one side of a teak hanger. She began to dig. After she lifted a heavy toolbox from the caned seat she pulled the discarded gift into an open space.

Excitement gripped her. She lifted the seat. Discovered nothing. She slid an index finger along the crisscrossed slats that stabilized the chair’s base. One slat felt thicker than the others.

In seconds, she found a three-inch outline in the wood. Depressing the wood did nothing. She turned the chair on its side and located a thin square tracing. She pressed it. Attempted to push it up. Then she nudged it down. The top compartment opened. Dori’s fingers found draw strings and  she drew a blue velvet bag from the niche. She considered waiting for Celeste and Glenn to open her find, but the impulse passed.

Gems spilled into her hand. She turned seven stones in her palm and held each up to the light. Her mom wanted her to find the treasure she convinced herself.  Dori slid a ruby, emerald, sapphire, and a blueish stone into her pants pocket. Then, she returned the three remaining gems to the clever hiding place.

As she reburied the valet, Dori considered which sibling to bring up to the attic in the morning. Glenn. He’d make the butler-valet connection quickest and give himself credit for the discovery. They’d celebrate. Celeste will suggest each of them take a jewel as a keepsake. Dori will insist they have the stones appraised to make a fair division. She’ll lobby for the stunning diamond. Only the diamond will make her gem collection complete. 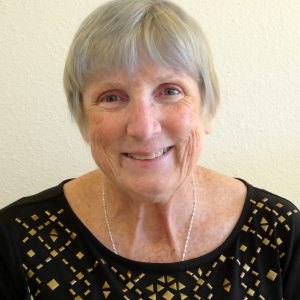 Barb Lundy is a widely published poet. She is Co-President of the Colorado Authors League and writing in new genres now that she's retired.