What’s in the Box

“So I’m laying there—dead asleep—and ol fuckin’ Ahmed or Hameed or whatever the fuck his name is.”

“Rahmeen, that’s his name. The skinny one, right? That’s Rahmeen. He’s actually pretty nice. If you’re not a dick.”

It was hot—even hotter when you’re on the sidewalk—and Dwayne couldn’t escape his own sour funk. It made his skin sticky and everything worse. And Rodney wasn’t helping.

“Whatever,” Dwayne said. “The ramen noodle yells at me, sayin’, is this shit yours? I don’t know what the fuck he’s talking about, and he goes, get it the hell outta here. I’m dead asleep. I really don’t know what he’s talking about and he says, these boxes over here, this ain’t no public storage. So I get up, go over, and there’s somebody’s shit, piled up against the side of the store.”

Rodney picked at something in his nose, really diggin’ in there while Dwayne kept talking.

“I figure, whosever it is, they’re gonna be back right quick, so I don’t even look, I just start stacking and walking, you know. And this shit is heavy, like they’re fulla books or some shit.”

Rodney spat on the sidewalk. “Whose shit was it?”

Dwayne kept talking. “I could only carry ’em one at a time, so I lug ’em all the way down Precita.”

“To the park?” Rodney asked.

“Naw, the other way, by that parking lot with the asshole attendant. Find a spot, then go back for the rest of the shit, real quick like.”

“I wasn’t fuckin’ tweaking, I just told you the fucker woke me up. Anyway, damn Rodney, let me finish the story. Like I was sayin’, I lugged three of them motherfuckers all the way down to the parking lot before I opened ’em up to see what’s in ’em. First one, the heaviest. You’ll never guess. Belt buckles.”

Rodney made a face.

“Yeah, belt buckles,” Dwayne said. “All kinds of ’em. I’m thinkin’, I can probably sell these, get Gina to put ’em up on the internet somewhere, you know. She does that kinda shit all the time. Then I open the second box. Guess what? Ashtrays. Like a pile of ’em. Unused. Collectables too. Definitely a find.”

“I’m just tired. Don’t be such a bitch. What was in the third box?” Rodney asked.

Rodney got up. “What was in the third box?”

“I ain’t even gonna tell you.”

“What if I know whose stuff that was, what if—”

“What if, what if what if. Rodney, you ain’t knowing shit. That’s the difference between you an’ me. I got brains, all you got is meat, and most of that’s between your ears.

Rodney stepped toward Dwayne, pulling back his arm to swing.

“Fuck you” Dwayne stepped forward too, tightened up his fists. “You gonna flex on me? You big shitass. Fuck you.”

“Hey! What the hell is going on out here?!” Raheem’s voice bellowed from the doorway of the store. Who would’ve guessed such thunder could come from such a tiny person. “Stop yelling at yourself. Crazy man! You’re scaring away my customers. And while you’re at it, move that damn box from the corner. I know that’s your trash. Get it out of here.”

Raheem took a step back inside his store. “I mean it. I’ll call the police.” Dwayne exhaled, let his shoulders slump. He didn’t want Raheem to hate him. He didn’t want Raheem to think he was crazy either. He needed that liquor store. He walked over to the box and picked it up. It was light, full of soiled clothes and plastic bags. He cradled the box and stepped between two cars and into the street. He’d find some shade nearby and try to get some sleep. 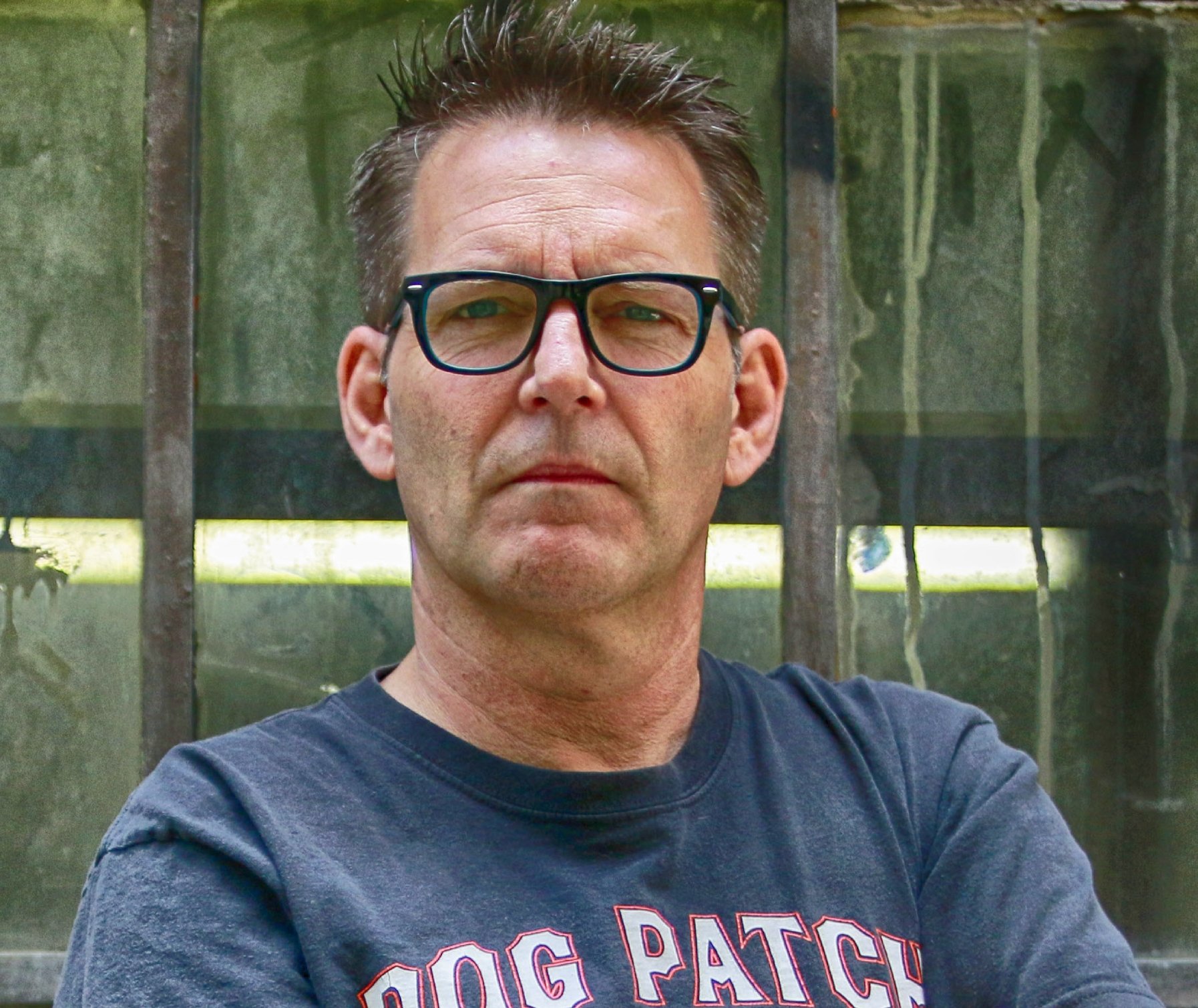