Hundred degree days baked us to the bone. Dry Santa Ana winds whipped westward from the high desert toward the coast, keeping us all on edge. With relentless, blistering heat, I knew bad shit was coming. But when you’re in the joint, savage wind and blazing sun beats a soul-stifling cell. We let ourselves be herded into the yard.

The herd broke apart. Some guys drifted to shady spots. Some played hoops, pumped iron, or jogged around the oval track. Figuring to lie low, I sat alone, slouching on the bleachers’ top row, overlooking the yard.

I sat up straight when Piccolo Cesare stepped onto the track.

He was short and wiry with a weathered olive complexion and feral eyes with irises as dark, hard, and cold as ebony. He spoke softly, sparingly, but his eyes told you there was nothing soft about him.

After weeks in the hospital, he appeared skeletal and jaundiced. A rival gang’s leader, a man-beast we called Freak, shanked Cesare, stabbing him nineteen times before dropping the shiv and leaving Cesare for dead. But Piccolo Cesare wouldn’t die. Now on the track, he stretched his legs, walked a few stiff paces, and then trotted off on his first go-round.

Three of our paesanos joined him. On each lap around, two or three more runners joined the group, until I couldn’t pick out Piccolo Cesare in the pack.

Among the weight-lifters at the oval’s far edge, Freak’s massive, shaved head popped up. Under the sun’s glare, it glowed bright as a full moon. Except for that head, you’d think he was a bear standing upright, his long, thick torso balanced precariously on short, bowed legs. He was doing dead-lifts, bending at the waist, and then straightening, his tattooed arms taut as steel cable holding the heavy barbell.

Each lap around, runners slowed and stared each time they passed Freak—and then went around again.

The runners slowed and passed Freak again. Once more around, and the group stopped.

I hardly noticed the scuffle until the weight-lifters scattered, and runners dispersed, disappearing among other inmates around the yard.

Sirens blared. Whistles blew. Guards with billy clubs rushed into the yard, scanned for suspects, shouted commands and curses. Others stood silently, their thumbs hooked over their belts, or their crossed arms resting on pot bellies, and watched Freak’s prostrate carcass bleed into the dirt.

On the yard, guys dropped to the ground, face down, their arms outstretched. I stood up and raised my hands.

Alongside me a breathless voice croaked, “Hey, Paesan.” I hadn’t heard him climbing up the back of the bleachers, but there was Piccolo Cesare.

I laughed, and I said, “Freaky how what goes around comes around.” PiccoloCesare waved his left hand so the guards could see him, but held his right hand against his ribs. A rust-colored stain crawled across his shirt. He coughed. “Ain’t it.” 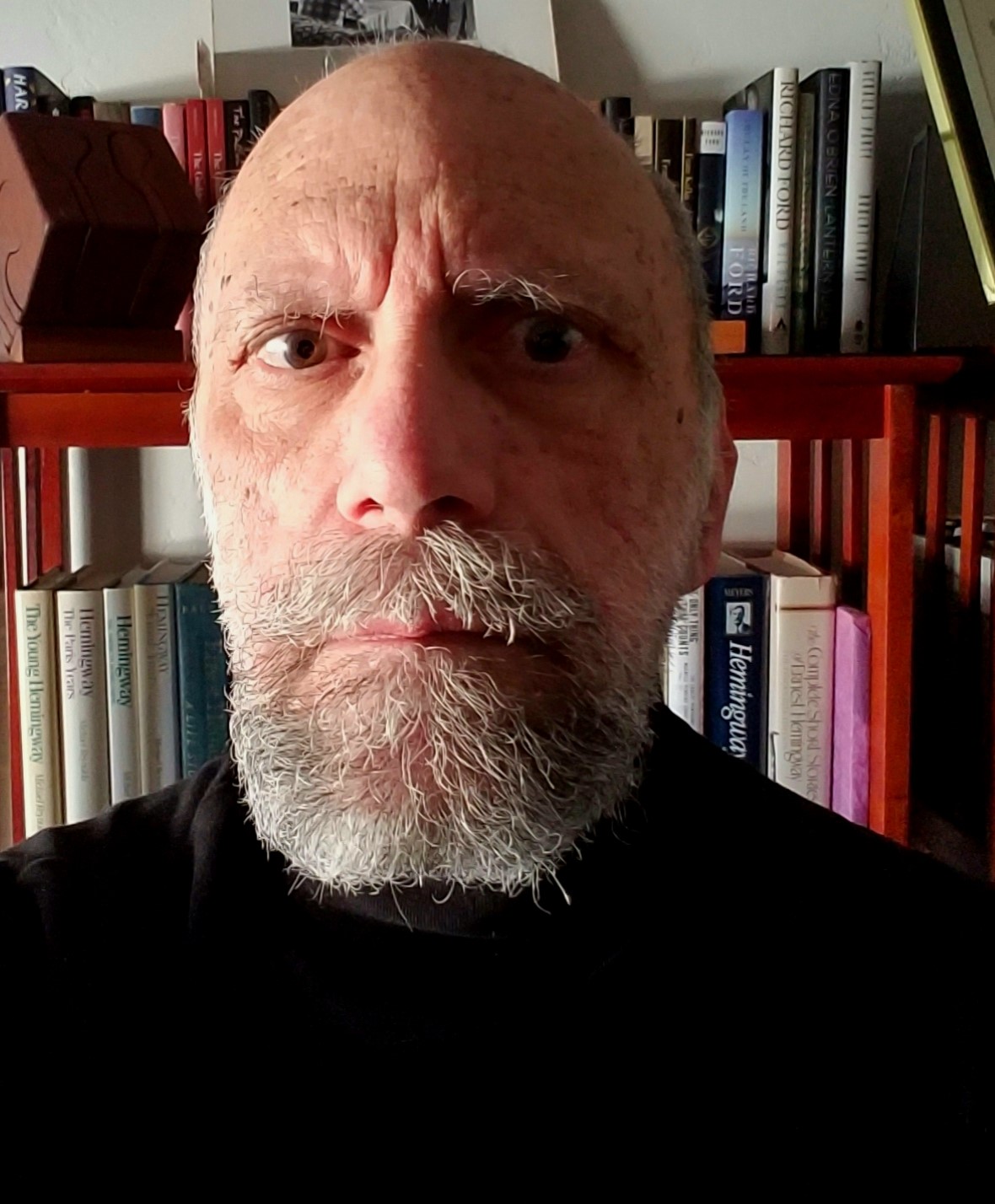 Nick Di Carlo, teacher and writer, lives in a small southern California town. He has published poetry, short fiction, and news feature articles, and has taught literature and writing in universities on both east and west coasts. He has conducted wilderness writing workshops in the Grand Tetons, Grand Canyon, and Anza Borrego desert, and has taught college-level writing and literature classes in New York State medium and maximum security correctional facilities. Current endeavors include his course “Fiction After Fifty,” for aspiring novice writers who have lived long and deeply.