Was It Worth It?

It had been nearly four months since James Daley had won the lottery. Not a fortune, but a good chunk of change. Nearly $100,000.

His wife of more than twenty years had been thrilled and, for a couple of weeks, the money was like a shot of Viagra for both of them. Their passion was a welcome change from the usual coldness that had settled in their bedroom.

But Tasha had become impatient about the money. They argued. She wanted to spend it on jewelry and vacations and cars and he didn’t. He was happy to have it, but was pleased to find that they didn’t actually need it. It could sit in the bank. Didn’t they both have everything they needed?, he’d asked.

Now, he sat in an alley in his 10-year-old Lincoln, watching his curvy wife pick her way down the rickety back steps of a faded three-flat building. He’d known what he would find, but still, the sight of it caused a surge in his chest so powerful that he feared it might be a heart attack.

There was a time when he could have been the younger stronger man whose bed his wife had just left. Hell, he’d grown up in this same raggedy neighborhood, without a pot to piss in or a window to throw it out of.

He’d dropped out of school as soon as he could—never had the head for it— though he’d earned his GED in a program at the youth center. He’d met Tasha in his twenties while he was working a manual labor job at a small metal processing plant six blocks from his studio apartment. It was hot hard work, the pay was bad, and the company was barely staying afloat.

But they’d married and he’d  stuck it out at the job for years, though he felt the toll on his body more and more. The work was a young man’s game and he was breaking. Then the owners were bought out by a big company. A unionized one. Suddenly he had a pay raise, time off, and seniority. The kind of seniority that let him supervise others doing the backbreaking labor that he had done for so long.

Tasha quickly got used to their new life. They bought a house. They hosted parties and barbecues, sometimes inviting his crew of young subordinates over. They bought new cars. And they could pay for it all, even if just barely. Recently, one of the young guys, Rick, had become a fixture at the house. He admired James, he said, kept telling him what a lucky man he was. Such a pretty house.

Such a pretty wife.

It was why James recognized this building. He’d given Rick a ride home many times.

On the drive home, James wondered if Rick and Tasha had been doing more than just bumping uglies, that maybe they were planning to get rid of him, but decided that it didn’t matter. He took a chance and turned down a familiar block that he hadn’t seen in years, pulling into the alley and stopping to speak with a couple of suspicious men standing behind a condemned building.

The next week he invited Rick over for drinks and the three of them sat in  the den sipping cocktails around the big screen tv. Crown Royal for the gentlemen. Alize for the lady.

At first, Tasha and Rick had both seemed confident that their secret was safe. They even told little jokes at his expense. But as the night wore on, they kept stealing glances at one another. Nervous. He’d told them he was going to make a big announcement.

Finally, he was ready.

“After all of this time,” he said, “I’ve finally figured out what I’m’ going to spend the money on,” he said.

Tasha and Rick both breathed sighs of relief.

“Yeah, baby. C’mon, tell us,” Tasha said, “What does the man that has everything need?”

“Lawyers,” he said, drawing the Saturday Night Special from where he’d tucked it in the couch cushions. 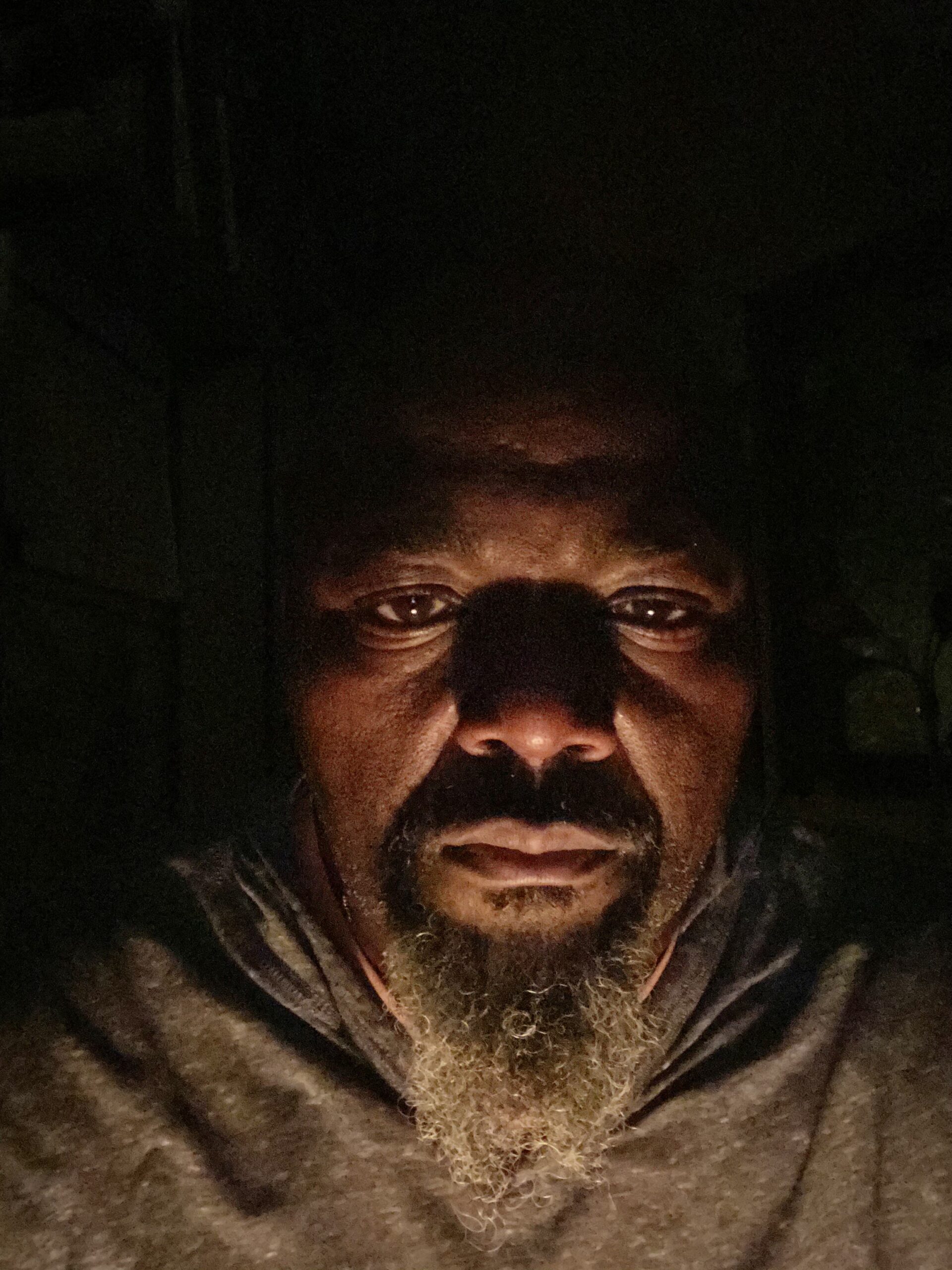 Chris L. Robinson is a writer born and raised on the South Side of Chicago. An essayist, he writes about fatherhood and masculinity. He has a beautiful wife and a son that is gradually winning all of their wrestling matches. Send help. He can be found on Twitter as @ChrisLRobinson3.