Next door, that skank Isabella is at it again. Four o’clock on a Tuesday night, by which I mean Wednesday morning, and she’s crowing to Jesus while she gets plowed to high heaven. Bad enough her bedsprings creak. Bad enough her headboard slaps the wall separating our studios like a fishmonger slapping his wares against a rock. The worst part is I know damn well who’s hoeing her rows, and that’s my brother, Tony Romero, born at San Francisco General and raised on 47th Avenue in the Sunset District, just like me.

“Some of us have to work.” I fling a platform at the wall, knocking the dead zinnia off my bookshelf. I’m five-one, but my Danskos add a few inches. The fifth graders at the remedial school where I teach give a person no quarter, and if I don’t get my shuteye, I’ll be in deep doo-doo. Hotshot freelancer Isabella has time for a roll in the hay on a weeknight.

They knock it off, but they’re giggling.

The small humiliations my brother has visited upon my head over the years seem mild in comparison to the fact he got my neighbor’s digits the other week when he was helping me move my bookshelves, and now he’s got her open like a Quik Stop. My brother waits tables at one of those places on Fisherman’s Wharf that sells tourists chowder in bread bowls, so he doesn’t have a real job, either.

“I hope you catch a yeast infection,” I yell.

That shuts them up, but after a few minutes, the bedsprings start again.

I pull the pillow over my head and squeeze my eyes shut so tightly I start to cry, wishing chlamydia on both of them.

Isabella’s a Valley Girl, but she’s no bimbo like in Clueless. She’s from Visalia, a cow-town south of Fresno that might as well be Oklahoma, or so I learn next day when I lift her mail. The locks on the boxes are broken, and the place stinks of mold, but I’m paying through the nose to live here since the city demolished the overpass, and the neighborhood started to change. Pretty, successful, a sweet contract gig with The Gap, men lining up to fill her bed, Isabella is everything I wish I was, so I hate her. She doesn’t even kill her houseplants, or so I can tell from peeking in her window, spying on her perfect life with her two calico cats.

“Hi Julie,” she says when I pass her walking up Hayes Street with a bottle of kombucha and her yoga mat under her arm. I’m buying Tilex. I snarl.

Looking smug, Tony shows up late to Mother’s Day brunch. At the buffet, I grab his hand, sniff.

“Been dipping your fingers in that fish chowder?” I say.

“Very funny.” He slurps a canape. He’s in his waiter pants and a leather jacket. “Maybe if you got someone to unclog your pipes, you wouldn’t be so concerned about me.”

“Doing Isabella later?” I ask, wide-eyed, like I don’t already know that’s over.

A class act, my brother. When we were younger, his meathead friends joked about resting their beer bottles on my head, but he never defended me. He still doesn’t know he loves me best.

His phone rings, and his face lights up—it’s her. But something’s wrong. He doesn’t have to tell me what she’s saying, or what she found in that apartment.

He pockets his phone, points at me. “Someone broke into Isabella’s place. They wrote her parents a letter. What do you know?”

I bat my eyelashes. Those houseplants didn’t escape my fifth graders, the best young B&E men west of the Cascades. The cats didn’t, either. Now that her strict Jehovah’s Witness parents know the details, it’s kaput for her and Tony. He’ll be mine forever.

Wait till she drinks the kombucha spiked with Tilex in her fridge. “You weren’t the only one.” I shrug. “You know how those Valley Girls get around.” 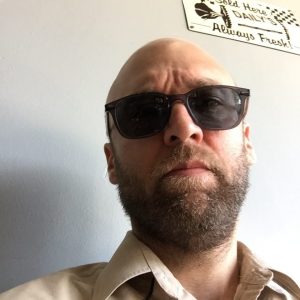