Three seconds was all it took. Push, slip, fall then a haphazard tumble down the wooden stairs the teachers’ quarters were known for, before Ms. Adebisi’s body rolled to a stop at the bottom, lifeless. How long did they stand there, eyes bulging out of their sockets, the horror before them not registering?

The first girl recovered first and tugged at the second girl who still stood there, staring at the blood pooling like congealed stew at the foot of the stairs, draining Ms. Adebisi, their Integrated Science teacher, of every atom of life left. From her, they had learned about epinephrine, the chemical that instigates flight or fight.

They chose flight, rushing down the stairs, their shoes knocking against the wood, careful not to step in the pool of blood, not to leave any trail. The first girl was faster, stealthier as if she had done this before. The second girl not so much.

Her legs shook, her hands vibrated, her heart thudded, her future wavered before her eyes. A college education in the United States. A job with a topnotch company in Texas. Or New York. A future of promise. Three seconds could take that away. An accident.

“Was it really an accident?” The thought jumped to the forefront of the second girl’s mind as she and the first girl came to a stop in front of their dorm, their chests heaving.

“Do you think someone saw us?” the first girl asked, seeking confirmation, her eyes darting all over as if searching for accusing figures. The second girl was slow to respond. Worry was potent, but it was gradually metamorphosing into guilt. She marveled that the first girl was still in the realm of worry.

“Had it really being an accident?” The second girl wondered again, suspicious. The first girl was known for her rage and the second girl had seen it multiple times. Once when a boy touched the first girl’s buttocks. Another instance when someone mocked the first girl for her brashness, telling her to learn from Ms. Adebisi, to adopt her femininity and gracefulness.

Later, as news of Ms. Adebisi’s death carries through the walls of classrooms, through the heat-infused air of the assembly hall, as policemen careen in and out of the boarding school in their cars, as the second girl tries to expel Ms. Adebisi’s flowery scent from her clothes, she thinks of the boy who drove them to Ms. Adebisi’s place, the boy with the magnetic personality and alluring eyes, and wonders if he was worth it, if the walls will cave in on her and the first girl, if they will be caught eventually and exposed to the whole school as murderers. 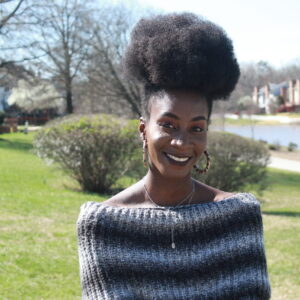 Oreoluwa Oladimeji is a recent graduate of the Dornsife School of Public Health at Drexel University. Originally from Nigeria, she enjoys penning down her thoughts in the form of stories and will be starting medical school in the fall. She was a semifinalist in the Tulip Tree New Writers Story 2019 contest and has been published in African Writer, MeetCute Press, Raising Mothers, Please See Me, and The Journal of Compressed Creative Arts. Her work is forthcoming in the Kalahari Review, The Meadow, Bridge: The Bluffton University Literary Journal, and Afreecan Read.