“Get that fucking gun out of my face!”

“Just get it out of my face.” Sweat was moistening the barrel of my 40 caliber pressed against Clyde Swinehart’s forehead.

“Tell me where to find Raven Quinn.”

“I don’t know where she is, but I’m pretty sure she’s dead. Wouldn’t keep her mouth shut. Folks in this county need jobs. Who cares if we screw up the environment a little? It’s just sand.”

“If you don’t nothing, then there’s no reason for me to keep you alive.”

“You’re bluffing. You ain’t gonna kill me. You’re a cop.”

“Another guy said that same thing to me about ten years ago. He wound up with a hole in his chest big enough to shove your fist through. And, actually, I’m not a cop. I’m a consultant working for the sheriff’s department.”

“Lot of people wanted Quinn quiet. Talk to the guys who own the sand mine. They got the big money to lose.”

“Company owners tell me they’ll just move to another county or cross the river into Minnesota. It’s you local truckers who’ll be left holding liens on two hundred thousand dollar dump trucks with no frac sand to haul. Little piss-ant haulers like Swinehart Trucking ain’t got a chance. You and your boys stand to lose everything if this mine closes down.”

“They’re in it up to their armpits. And I’m going to find them if I don’t get the right answers from you.”

“Listen, me and my boys got nothing to do with Raven Quinn. You put that gun down and I’ll tell you what I heard.”

“This better be good.” I said as I stepped back and held the gun three feet from his chest.

“Some guys were talking in the diner the other morning.”

“I don’t know their names. They work for the mining company. They claimed Quinn’s body is buried under that pyramid of frac sand waiting to be hauled to Texas. There’s ten thousand tons of sand in that pyramid. Ain’t no way you’re could find a body in that mountain of silica.”

“I don’t like that story. I’m going to find your sons and see if they can come up with something better.”

“Not gonna happen, Swinehart. You had your chance to tell me what happened. Now your boys get a turn. And leaving you here alive to call and warn them I’m coming isn’t going to be an option.   You got one more chance to tell me something useful. Otherwise, I got to put you out of your misery.”

“Can’t shoot me in cold blood.”

“I ain’t even armed.” Swinehart was really sweating now.

“I see a shotgun leaning against that wall next to your desk.”

“I was thinking of just shooting you right where you’re sitting.” I kept my voice as monotone as I could. “Then taking that shotgun and blasting a couple holes in the wall next to the door. When my buddies from the sheriff’s department get here, I’ll say I stopped to talk to you and you opened fire. Had to defend myself. I think they’ll believe that.”

“You’re crazy. She had it coming. Yapping to anybody that’d listen to her. She was a witch for Christ’s sake. People around here need those frac sand mines. Nobody’s gonna miss her.”

“That’s where you’re wrong. See, Raven and I are real close. And if she’s still alive, I’m gonna find her, and if she’s not alive, then I’m going to deal with the assholes who killed her. Right now you and your boys are at the top of my list.”

“You’re crazy. You can’t shoot me in cold blood.”

As the sun set over the peaceful rolling hills and valleys of the driftless area of western Wisconsin, three booming gunshots echoed through the idyllic coulees. 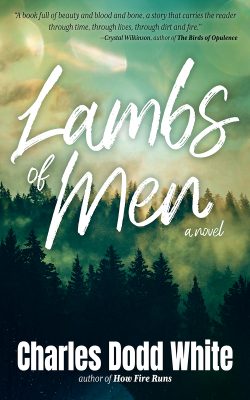