They Shall Take Up Serpents

All them bodies crowded under the tent, mixed with July humidity, it’s a heady brew, the air thick with sweat and the hope for salvation. Not that anyone notices, because Brother Josiah’s been speaking in tongues for the past five minutes, and this enraptures the crowd. They are hearing words intended only for God, the Bible states.

“They eat this shit up,” Josiah once told you. “Gotta start it slow, though. On a five-night revival, you can’t blow your whole wad that first night. Give ’em a little that first night to get ’em talking to the neighbors. By the last night, there’s a full house and you’re talking gibberish and they’ll think you’re a prophet.” He took a long slug from a pint of Kentucky Gentleman. “That’s when the big money comes in.”

Tonight’s packed, just as he said. Folks jammed in tight, spilling out across the county fairgrounds where you set up—Brother Josiah’s Traveling Show of Faith.

You joined last summer after you got out of Green River. The firebug you bunked with telling you about his cousin, the road preacher always looking for help.

The truth? Ex-cons understand what’s happening here. They’re not about to let a little faith get in the way of a good thing.

The plate’s passed around once already. Came back heavy. Cash. Checks. A mix of jewelry—some junk, some pieces that’ll fence out nicely. You think about the faith it takes to pull rings off your finger to give to a stranger because you believe that’s what the Lord commands.

To be fair, Brother Josiah is charismatic as fuck. Young and movie-star handsome. It’s how you get a crowd beyond just the hard-core, old-school believers. Those bastards’ll die someday, and to keep this working, there have to be fresh faces in the crowd.

That’s how you end up with these little fundamentalist girls out there. With their long hair and denim skirts to the ankles and innocence in their eyes. Makes you remember how you used to believe, right up until the moment you didn’t.

You also remember the blonde girl in Alabama last month. The one Brother Josiah said had a blessing from the Lord, who he called a “jubilee spirit.” Josiah’s hand on her shoulder as they knelt and prayed and everyone called to the Holy Spirit for His will to be done. You watched it all from Josiah’s camper, smoking a cigarette and wanting the night to be done.

The service ended and the crowd dispersed and the next time you saw that girl she was coming out of the camper, her hair a tangled mess, her face wet with tears. Josiah in the doorway, no shirt on. Said they’d been studying Scriptures and to make sure she got home safe.

Tonight, Brother Josiah raises his Bible into the air. “And the Gospel of Mark does say, ‘They shall take up serpents into their hands, and it will not hurt them at all.'”

You bring the boxes to the front of the tent. Josiah offers thanks and a wink no one else sees. He’s been using the same cottonmouths for years. Got them from another preacher pulling the same grift. Old and defanged, and you keep them hungry and lethargic. They’re harmless as milk snakes, Josiah says. All just for the show.

He reaches into the box, brings a snake out, lifts it above his head. It writhes and hisses wildly, and there’s a second of surprise in Josiah’s eyes just before the snake sinks fangs into his hand.

You think about how you’d let those old snakes go, letting them slither off to freedom before you caught two fresh cottonmouths. Those were young and full of themselves.

You think about the way that young girl cried as you drove her home. The tears you cried once when you stopped believing.

And as the frenzy of the congregation swells, the serpent strikes Josiah again. 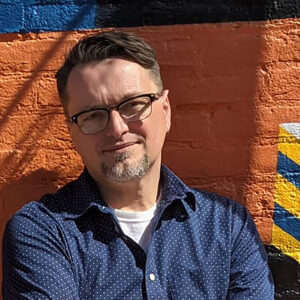 James D.F. Hannah is the Shamus Award-nominated author of the Henry Malone novels, as well as the novel THE RIGHTEOUS PATH. His short fiction has previously appeared in the Shepherd University Anthology of Appalachian Writers and Crossed Genres magazine. A native of eastern Kentucky and southern West Virginia, Hannah was an award-winning former journalist and James D.F. Hannah is the Shamus Award-winning author of the Henry Malone series; his most recent novel, Behind the Wall of Sleep, won the 2020 Shamus Award for Best Paperback Original. His short fiction has appeared in Rock and a Hard Place, Crossed Genres, Shotgun Honey, The Anthology of Appalachian Writers, and Only the Good Die Young: Crime Fiction Inspired by the Songs of Billy Joel, as well as the upcoming anthology Trouble No More: Crime Fiction inspired by The Allman Brothers.