There Will Come a Harvest

The girl waited outside the barn with the flashlight in one hand and the shovel in the other. It was mid-April and the night was cold.

It didn’t take but a minute before the old woman came out of the barn with the bundle of linens in her arms. They walked into the field, the only sound being the wheat stalks crunching underfoot. They went a hundred or so paces before the old woman stopped and told the girl to dig. She handed her grandmother the flashlight and pressed her foot down on the shovelhead. A sharp pain to flared in her gut. They waited all day to do this, but she was still on the mend.

She’d dug up six shovelfuls before Granny told her to stop. The hole looked like an eyeless socket staring back at her.

The old woman gave the flashlight back to the girl, bent forward, and dropped the bundle inside with a soft thud. “Fill that in now,” Granny said, pulling the thick wool coat tight across her thin frame. She did and tamped down the earth until it was flat.

They stood for a moment before Granny grabbed her hand and whispered a prayer of which Margaret could only make out every third or fourth word. She looked out at the dark field and wondered where the man was, knowing he and the pistol were close but couldn’t tell where.

“Amen,” her grandmother said and motioned toward the house. The girl followed.

“No point in you going back to school this late,” Granny told her. “You can go back come September. Might hold you back, being you missed a spell.”

Which meant another sophomore year, another year in Speedwell, graduating in ’47 instead of ‘46. She never wanted to come here. She hated visiting this damned place, even when Mom and Dad were alive. Nothing to do. Nowhere to go. Just a wall of wheat between her and the rest of the world.

She wondered if anyone at school talked about why she left after a few months. Bucktoothed Lori probably did. “Where y’from?” she’d asked Margaret the first day in first period English.

“Oh. My daddy was killed in the war. Where’d y’get that skirt?”

Margaret walked to her bedroom and laid down on the bare mattress. Granny said she’d have to go to town to get more sheets. She covered up with a spare comforter and stared at the ceiling and got lost in her mind.

She never knew his name. He was just a blond-haired boy who’d knocked on their door one August morning looking for a place to stay and some work to do for money while passing through town. Margaret saw him bailing hay one afternoon walking home from school. He’d smiled at her, she smiled back, and that was the only interaction they had until the middle of the next night when she woke to see her window open and him on top of her with his hand over her mouth. The hand was like a vice, but she screamed as loud as her soul would allow and thrashed like a demon on the bed. “Just be quiet,” he whispered. After he’d finished he stayed there, on top of her, and looked at her like a sad lover leaving on a train. She thrashed under his weight and screamed through the vice.

When the door flung open, Margaret saw the outline of the .22 in her grandmother’s hand glisten off the hallway light. He’d gotten off the bed and fumbled with his zipper, and “Wait!” was all he said before the gun popped.

No one came looking for him.

They’d planned to take it to a church or fire station in the middle of the night but didn’t get the chance since there was no sound after she was born that morning. Her grandmother took her to the barn and said they’d wait for night. “Everything lives a lifetime,” she told the girl. “No matter how long.”

Margaret stared out the window at the moon above the field. Sleep came eventually, and with it, no dreams. 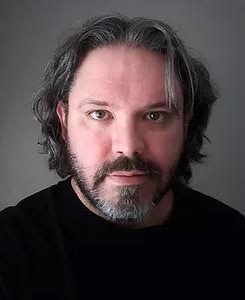 Mike McHone's work has appeared in Ellery Queen, Mystery Weekly, Playboy, Mystery Tribune, the AV Club, the Detroit News, Guilty, Punk Noir, and elsewhere. Although he lives in Detroit, anyone can visit him online at www.mikemchone.com.