“Snow’s comin’,” the tracker mumbled to himself.  The eastern ridgeline, set clear in the distance an hour ago, had become blurry.  The gray canopy dropped low enough to touch.  It was mid-April.  The late-season storm would bring a cold rain to the North Carolina valley below, but here just off the Appalachian Trail at four thousand feet, it would be a heavy wet snow.

The tracker hurried his pace.  He was close, but had to make up the remaining ground before the snowfall covered those telltale signs he was looking for.  The occasional heelprint.  Broken twigs.  Crumbled leaves.

His father, Stewart Windsor, was a hedge fund titan.  Made billions last year shorting silver.  In the process, he wiped out another hedge fund manager on the opposite side of the trade.  The poor sap was so devastated he killed himself, leaving the sap’s son in charge of what was left of the rival fund.  The son proved to be a much better manager than his father.  One of the best.  Stewart thought it was because the experience toughened him up.  Made a man out of him.

Likewise, Stewart wanted to make a man out of Henry.  Get him in the Wall Street trenches.  So he hired his son as an analyst fresh out of college.  Stewart wanted his son to learn the business from the ground up, and eventually run the hedge fund.  But Henry was a millennial.  He wanted different things out of life, so he quit the fund after a month to walk the trail from Georgia to Maine.  “Going off the grid,” Henry said when explaining his plans.  It was an indulgence available only to the very rich and the hippies.  Everyone else, including the tracker, had bills to pay.

Before beginning his journey, Henry’s mother made him promise to call home once a day to let her know everything was ok.  He did just that for the first three weeks, walking into various mountain towns to make the daily call.  But on day twenty-two, there was no phone call.  Now it was day twenty-five and still nobody had heard from young Henry.  Time was running out.

The tracker’s phone rang the night before.  It was the captain of industry himself, Stewart Windsor, offering the tracker fifty thousand dollars if he could bring his son home alive.  “Why you callin’ me and not some other fella?” the tracker asked.

“Because I hear you’re the best in North Carolina.”

“How you know that?”  The tracker was genuinely curious.  He was the best at what he did, but kept a low profile and didn’t know how the hell someone living in New York City would ever know about him.

“On Wall Street, you don’t get to be the best unless you’re the most well-informed.”

The tracker would come to find out just how true that was.

As the snow began to fall, the tracker was fairly certain he found who he was looking for.  Slumped against the trunk of a fallen tree was a young man, dirty, disheveled and wearing a jacket with a patch on the arm that read “Canada Goose.”  The tracker poked his chest with a stick and the young man came to with a start.

“You Henry?” the tracker asked.

“Let me help you up,” the tracker said.

“I’m sure my father is offering a reward for whoever finds me.  You’re going to be richly rewarded.”

“Oh, you right about that.  He payin’ fifty thousand,” the tracker replied as he extended his hand to Henry.  As Henry began to pull himself up, the tracker’s other hand – the one holding a stone – crashed into Henry’s temple, knocking him out cold.  “But the man who says your pa killed his pa,” the tracker continued, “is paying me double to make sure you’re never seen alive again.” 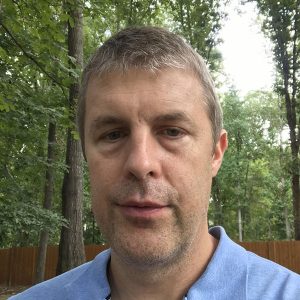 Don Lee lives outside of Atlanta with his beautiful wife and three children. He likes reading and writing about characters with old-school, country sensibilities.