Standing in a brassiere at her bathroom sink, Gunselle let the faucet pour cold water over the bloodstain on the front of her favorite blouse. Why had she worn the damned thing? Why wear a white blouse on a job like this? Stupid vanity, that’s why. And now the blouse might be ruined. With her auburn hair and perfect face, she could have worn a mechanic’s greasy coveralls. She kicked a small wire wastebasket into the hallway. Being irresistible to men made her work so easy it was almost unfair.

Salt, she thought when the stain had dissolved to a pink garland of dots, like a low-slung set of red pearls across the chest. Rub salt on it under cold water. Or lemon juice. Even spit was supposed to help. And she felt like spitting right then.

The wet Chinese silk felt rough in her fingers, but she loved the way it hung on her, the way the shiny fabric felt cool against her skin, wicking away the perspiration as she seduced men she’d never want to know. She touched the collar, admiring the intricate, handwoven pattern of flowers. The blouse was the first expensive thing she’d purchased when the bad money started getting good. Tonight’s job would pull in a grand on top of the five hundred she’d been paid up front, but the shirt was irreplaceable, and deserved better than to be ruined by her own sloppiness.

Gunselle opened the medicine cabinet. There wasn’t enough aspirin in there to crush into a paste with water and smother the stain for half an hour.

“God damn it,” she said as she slammed the cabinet door. She looked at herself in the mirror as the glass rattled. She’d only known the man for half an hour.

Picking him up at the hotel bar was easy. An empty stool, a pretty smile, an offered drink, and it was done. A few more drinks and she led him to the room upstairs. A business partner had shown her how to use the wire choker. The garrote. It was a simple thing, really, but this was her first time with it and all the hours she’d spent lifting dumbbells at the YWCA were paying off.

Impatience hadn’t helped the situation. She should have gotten naked with him instead of attacking the minute they lay on the bed, holding the back of his head away with her left forearm as she gripped him between her thighs, the garrote hidden under a pillow. She remembered the burning feeling in her biceps as she pulled the wire taut with her right arm. An artery ruptured, and she pushed him onto the floor as the blood burst forth. But not soon enough. She’d watched him empty out onto the carpet, reminded of the cold days as girl when she and her father would field-dress an elk in the mountains of Idaho. The lawyer was an animal, too, one who’d turned on an Oakland gangster, and she didn’t mind leaving the carcass on the floor of the hotel room for the coroner to butcher.

As the tub filled with hot water, Gunselle hung the blouse to dry. The stain remained faint but evocative, emblematic of her life. A man’s blood didn’t frighten her. Sometimes it just pissed her off. 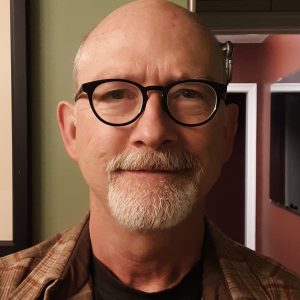