A kitchen table sat in the center of an empty meadow. Two men approached from opposite sides. It was a long walk for each of them.

The men sat down. One had a cigarette. One didn’t. Neither had a name.

“Don’t be ridiculous,” Agent G said. He was the one with the cigarette.

“Voluntary termination,” Agent M said. “They wanted to die. I was simply the means.”

“They all just lined up to be shot?” Agent G said.

“In a sense,” Agent M said. “They grew tired of life. Their experience in this world had ended. I helped them move on.”

“Why didn’t they just kill themselves?” Agent G said.

“Because drama plays out,” Agent M said. “We all live within a framework. The system dictates the rules. They needed to be murdered to get out.”

“An interesting justification,” Agent G said. “Why has it failed you now?”

Both men paused to take a breath. Agent G lit another cigarette. Agent M didn’t. The meadow yawned quietly. It was a place where nuclear war had never struck.

“I just played my part,” Agent M said. “Every actor gets used up someday.”

Agent G nodded. “Doesn’t mean there isn’t still killing to be done,” he said.”Quitters make us all look bad.”

“Only the guilty perish,” Agent G said. “What more can you ask than an infallible system like that?”

“We never even know,” Agent M said, “where our instructions are coming from. Who’s ordering these killings, anyway?”

“All the time,” Agent G said. “Right there in the Bible.”

An ant crossed the table. The two men waited until it was through.

“I’ll kill anyone,” Agent M said, “who tries to stop me from not killing anymore.”

“That’s why they sent me,” Agent G said.

Agent G nodded. Both men had guns hidden under the table. One was probably faster than the other. Soon they would find out which. 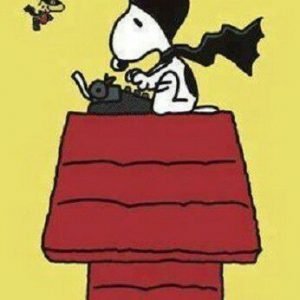 In 2018 Mark Joseph Kevlock’s fiction has appeared or is set to appear in more than two dozen publications, including 365 Tomorrows, Into The Void, The First Line, Grievous Angel, Bewildering Stories, The Starlit Path, Down in the Dirt, and Flash Fiction Magazine. He has also written for DC Comics.