It was the song we’d waited all night for. The acoustic number that had rocketed the band to the mainstream and more specifically the lead singer from pin up to messiah. He sang of a pain I knew well. The daggered, betrayed broken heart. I stood awed by the singer’s presence, ready to bask in my favourite song. He strummed the opening chords and the crowd settled in for something special.

“This song is pure shite! Not as good as their early stuff!” Bellowed the guy to my right.

He wasn’t talking to me, but I caught every word. He was blethering with his mate and a half dozen folk turned in his direction with crinkled brows denoting ‘shut the fuck up, ye twat’.

He took no notice.

“Wish they would play ‘Retractor’! Way better than this pish!” He continued.

I was trying to concentrate on the song. My annoyance getting the better of me. I gave another glance.

“We’ll be lucky to see them in a venue this size again!” His mate nodded, aware of the rancour his friend was gathering.

A tough looking bald guy turned fully and stared at loudmouth in appeal. He quietly said something continuing his stare, which bore a good deal of said rancour. I couldn’t hear what he was said, but the reply was audible for all.

“How about you mind your own, prick!

“I’m just trying to enjoy myself like everyone else!”

The bald guy wasn’t up for a full confrontation and turned back to the stage shaking his head in frustration. I’d given up listening to the music and was fully invested in what was happening a couple of feet away. I found my place in the song, but my thoughts were consumed by hatred. Nobody paid £35 to hear what he had to say and I’d hazard a guess that nobody ever would.

“Fuck sake! Some folk! Never let you enjoy anything!”

We were at the third run of the chorus and I knew the moment was gone. It felt like I missed out on some catharsis. Maybe it wouldn’t have helped much, but my thoughts were now consumed by anger at the loudmouth. The singer had left the stage, but he’d be back momentarily as is the custom.

“I’m off for a whiskey! Do you want anything?!”

Respite when it was least needed. He ambled off to the deserted bar with everyone geared in anticipation for the encore. Clapping for the band to return for two or three more songs.

“Here ye go!” He’d returned no quieter than before and got a few more frustrated glances.

The band returned to the stage and the singer strode to the mic to introduce the next song. “This is a heavier one from the old days. This one’s called ‘Retractor’.”

“YYYYYEEEEEEAAAAAHHHHH!!!” You don’t need me to tell you who went wild with the news.

It was about then that a new idea for catharsis took hold. I became thankful that the band hadn’t blown up before now. They were unlikely to play many more venues that served you the hippest craft beer in a glass bottle. I knelt down quickly and broke mine against the hard floor. I don’t think I was noticed in the frenzy that blossomed with the opening chords.

Loudmouth was grabbing his mate getting ready for the riff to explode.

I latched onto his shoulder. He turned and gave a wee smile, ready to let loose to his favourite track. The riff kicked in producing a cacophony of noise and the crowd rose to meet it. It was a sweaty, boozy pogoing mass with no inhibitions. My inhibitions were lost too as I turned the bottleneck in my hand and thrust it forward into the meaty abdomen of the loudmouth. I did it a second time, but not a third. I didn’t want to attract attention to what I was doing.

I pushed away from loudmouth and hustled my way closer to the front. I heard him topple to the floor. “Looks like someone’s had too much,” came the shout to my left. 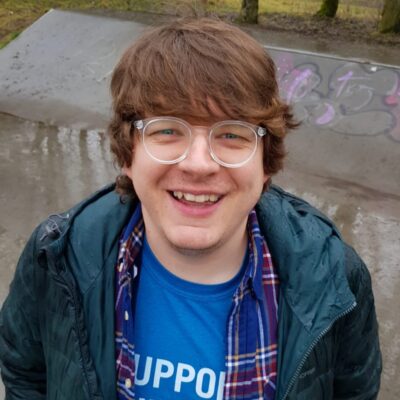