The Patron Saint of Sleeping Dogs

He pushed himself off his knees and sat looking over the empty nave from the altar steps. Blisters formed on his palms during prayer, and the stone stairs sapped the warmth from his bare soles. He’d left his boots back in the porch with the shovel and the rifle. Wind slipped through the open front doors, rustling the red-tipped pages of the open bible on the lectern behind him while a lone silhouette weaved and flickered on the pew shoulders between the undulating tree shadows.

That boy, he could stare that painted wooden Jesus right down from his cross. He came to church with his mother his entire life. He resembled beautiful Louiselle in so many ways, and he’d stand and sing with her while the young girls stole glances and giggled. How many little elbow nudges had all the embarrassed mothers given to remind their whispering daughters to keep their thoughts on the Lord? But the day the boy noticed how Father Brennan wept at his mother’s funeral when the choir sang Abide with Me and the lowered Louiselle into the ground—it all changed. From that day forward, he had eyes for no one but the priest.

He only heard the boy’s voice from the shadows of the confessional after that. “Bless me, Father, for I have sinned,” the boy would say, and then proceed to recount his sins. In the early years, they were typical of a boy his age. A cuss word. A stolen candy. An impure thought, perhaps. Gradually, barn fires got set. Car windows smashed. A family dog poisoned. In time, the boy began to confess things that, days later, the priest would hear echoes of in the papers and over the radio. Bad sins, like the one that put young Annamay Laughton out in the churchyard once the search party found her.

When the boy came in tonight, the church sat empty. “I am weak, Father, and I can’t stop myself. Why does the Devil pull me like this? Because I was born in sin? I think it will be a red-haired girl this time. I’m going to hell. Pray for me!” When they finished, the boy said, “You won’t tell anyone, will you, Father?”

He sat until the boy had left before he grabbed some things and walked out to the truck.

Turning off his headlights at the edge of town, the priest let the Plymouth run ahead for a stretch before he followed it up the road to the abandoned Baker place. There he rolled to a stop after locating the taillights on the shoulder. The girl looked through the back window at him into the truck’s headlights, desperate and pale. The priest pulled the black shirt he’d plucked from the lost and found down over his face and approached the Plymouth with his Marlin 39A in hand. She burst out of the car, screaming and sobbed into his chest until he whispered, “Go on now, girl. And sin no more.”

The rifle barrel motioned for the boy to leave the car, and they walked together through the lodgepole pines. The boy didn’t struggle, didn’t even look behind him. He offered one last confession, “I know it’s you, Father,” before the priest put him down and committed his body to unconsecrated earth. The priest would never allow the wicked boy to rest anywhere near the grave of the beautiful Louiselle. Let her rest peacefully with their secret.

The hymn of a feral dog pack drifted from the graveyard, interrupting the thought of how the boy’s voice sounded so much like his in the end. The song grew louder, and he let his mind picture them skirting through the hedges and tombstones and tearing up the grass. Or had he spoken at all? Father Brennan closed his eyes and waited, doubtful anyone else in town could hear the howls. 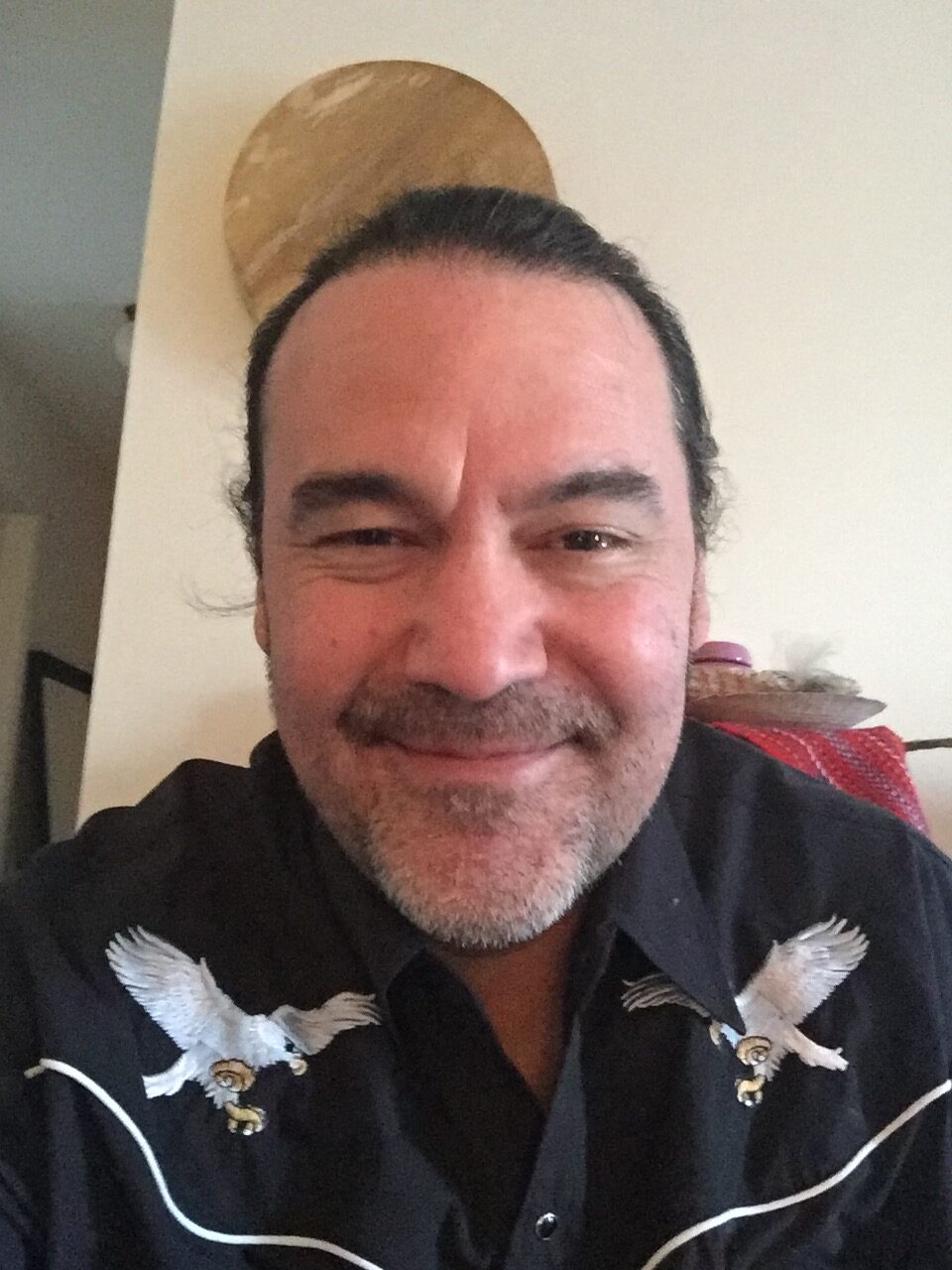 Trevor Duplessis is a Canadian First Nations (Cree) writer who received his MFA in Fiction from the Institute of American Indian Arts. A complete blues geek, he is one half of the heavy blues duo, Injun Josephine. Also a film and theatre actor, Trevor teaches drama at Yellowhead Tribal College in Edmonton, Alberta. He's got a couple of novels that are just about ready for homes, but he isn't letting them go until he's darn good and ready.