I was busy breaking some guy’s knuckles the night my brother died.

You see, when people gamble, sometimes they end up owing more money than they can pay.

To the wrong people.

I work for those people, so needless to say I work odd hours.

Anyway, the night Danny overdosed on heroin and alcohol was just another night at the office for me. Some dope had been so convinced the Yankees were gong to win the World Series that he had gotten over-enthusiastic with his wagers, and I was dispatched to show him the error of his ways.

By the time Danny’s girlfriend called me, hysterical and babbling about needles and a bottle of JD, my brother was gone.

He was a good kid.

That’s hard to believe, right? A good kid? He was a fucking heroin addict.

But he wasn’t always a heroin addict, just like I wasn’t always a legbreaker for Boston’s second-largest sports book. When he was young, Danny was the smartest kid in the room, no matter how many people you stuffed inside the goddamn room. He was a whiz at science and math. He loved playing the guitar and watching documentaries.

Somewhere along the line he got lost, and by the time I tumbled to what was wrong, it was way too late. The needle and the spoon, and all that.

I visited Danny’s drug counselor the day after they lowered my brother’s body into the ground. He seemed a decent enough guy, all things considered, for a shrink. He told me the odds were always against Danny, that once someone gets addicted to heroin, they’re always addicted, that even a reformed addict is just one bad decision away from disaster.

None of it was stuff I didn’t know, but it was still hard to listen to. I asked him how he dealt with addiction every day, trying to pick up the pieces of so many shattered lives and glue them back together, and he gave me a rueful smile. “You have to accept that you can only be so effective. Ultimately, the decision to use or not is always up to the addict. What can you do?”

I smiled and nodded and said nothing.

I knew what I could do.

Despite my blindness and stupidity in recognizing Danny’s issues until it was too late, I had done the best I could for my brother. I had always known somewhere inside that it might come to this, so a couple of times I had tailed Danny to the beaten-down strip mall outside Boston where he bought his heroin.

I had never interfered – taking an active addict’s drugs away from him is pointless; he’ll just go get more – but I had filed all of the information away. In case I ever needed it.

Now I needed it.

I borrowed Danny’s car. His girlfriend didn’t care. She said I could keep it, that it held too damn many bad memories, anyway.

I wore an old windbreaker. Pulled a baseball cap low on my forehead. Counted on darkness and family resemblance to do the rest. It wasn’t like I’d be hanging out with the dealer for long.

When I drove into the lot, I pulled to the far corner, as I had seen Danny do. Then I sat there.

Eventually an abandoned-looking SUV parked halfway across the lot started and eased slowly next to Danny’s car.

I rolled down the window. So did the driver. It was the same guy I’d seen Danny buy from.

The minute his window had whirred down, I raised the Sig Sauer P229 I was holding down by my leg and put one slug between his eyes. Then I opened my door, climbed out, leaned into the SUV, and maneuvered around the dead driver to shoot the dealer’s bodyguard – armed and dangerous and utterly unprepared – in the head as well.

Then I drove away.

You might say that what I did doesn’t matter, that another dealer will be set up and operating in that location within days.

You would be right.

But I don’t care. It matters to me. 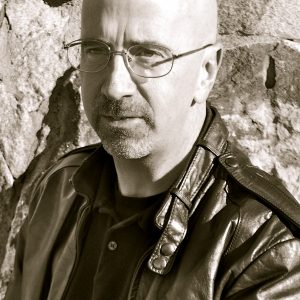 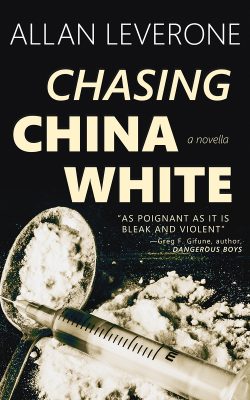