The captain’s voice growls behind me, across the still air. I close my eyes and, along with the five men lined up beside me, squeeze the trigger. The rifle jumps back hard into my shoulder and I smell the powder that hangs like dust in the air.

I open my eyes, expecting to see the man who was standing against the wall slumped into a pile of blood-stained clothing, but he’s still standing there, untouched, unharmed. I feel my breath catch in my throat. The man, God knows his name, looks around in confusion, and I see out of my periphery that, along with me, the other five, all of us lined up in our crisp-pressed uniforms, are doing the same.

My first time on the line was two years ago. I walked out into the sun that morning and was handed a rifle and told where to stand with a nod from the captain. I took my stance, looking cautiously at the men beside me. I wondered then if the man standing in front of the wall trying to hide within himself, urine spilling down his leg and turning his tan trousers dark, I wondered if he could see my fear through his own, if he sensed my hesitation when I heard the command to fire. I wondered if he was looking at me during those few seconds before he felt the bullets rip into his chest. Wondered if he came to know me before the world disappeared from his sight.

Since that morning, I’ve been on the line twelve times. Though we’re never told their crimes, we create stories about them: rapists and murderers, monsters who hold their own children under the surface of the lake til the small legs stop kicking. These stories make it a little better.

I look over now and see the captain.

The man standing against the wall is weeping tears, of fear or joy, or both. I don’t know. I think of my own death. I imagine the captain walking over and choking the life out of me and then moving on to the man beside me. Accident or not, miracle or not, we’ve failed. Instead of choking us, though, the captain takes out his revolver and raises it so that it’s aimed at the man against the wall. I hear the revolver fire once and watch as the man falls to the ground, a hole blasted through his head. Blood mixing with dirt. Viscera on the wall behind him.

Then the captain walks away quietly, leaving each of us to exhale the breath we’ve been holding the whole time. 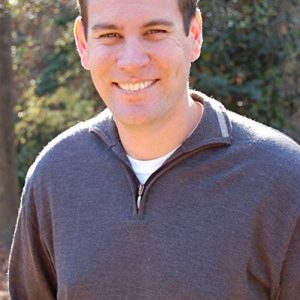 Brandon Daily is the author of the novel A Murder Country, which was awarded the Silver Medal for the Georgia Author of the Year Award--First Novel in 2015. His short fiction has appeared in several online and print magazines, and his one act play South of Salvation was performed and won first prize in the CAST Players One Act Play Festival in 2012. Brandon currently lives in Southern California with his wife and son, where he is a teacher. He is currently working on another book and several more short stories.