Not many of my friends want to be altar boys anymore. I know what you think; the Church has done a lot of wrong, but there are still good people working to help the needy and change things from within.

I became an altar server right after I was Confirmed. My mother always wanted me to be a priest, and after Dad died, Father Horgan was like a father to me. So it was natural that he asked me, and I’ve been his favorite acolyte ever since. He says I treat things with the proper gravity, which means I keep my mouth shut. The other boys whisper a lot amongst themselves.

It’s not easy, either. You have to arrive early, put on your surplice and robe, and assist the deacons. You may be chosen to light the candles, or be the crucifer, who carries the brass cross up the aisle. The greatest is when you’re the thurifer, the one who carries and swings the incense, and leads the procession. I was proud when Father Horgan first chose me to do it. You have to swing the censer three times before the altar, after a priest blesses it. It’s an important duty, and I treat it very seriously.

Tonight, he told me to dress comfortably, in dark clothes. We would administer the sacrament of anointing the sick. He told me they used to call it extreme unction, before I was born. That sounded too severe, so they changed it, but he preferred the old name. I agreed; it does sound better. It has the proper gravity.

I found Father Horgan in his room in the rectory, as he knelt and prayed the rosary. He made his own rosary out of black parachute cord he got at the Army surplus store. He said it was strong and befitting a warrior of God. He told me he’d make me one someday, when the time was right.

I stood quietly in the doorway until he finished. He was in his vestments, and had brought my robe from the sacristy. I pulled it on over my hoodie and jeans. I asked about the white surplice but he said we wouldn’t wear that tonight, and I followed him to his car.

He drove to the deacon’s home. It was in the nice part of town. I’d never been there before. Father Horgan said the deacon was sick, and needed absolution. In many ways it is the most important of the seven sacraments, because it’s the last one you ever get. It prepares you for the hereafter, putting you in a state of grace. That’s what they taught us in catechism.

Another sacrament is penance, or confession. I go every week. It’s important for reflection, Father said. You may not know you’ve committed a minor sin like lustful thoughts, and soon enough they seem normal to you. And soon you’re thinking of fellow human beings as mere vessels for your lust. And that’s a big sin, he said. A mortal one.

My last confession was about lustful thoughts. Father said I’m at that age, when hormones take over, but I must keep watch over them. They are never stronger than our hearts, he told me. So when someone shows me dirty pictures, I look away. I’m not sure I’ll remain a virgin before priesthood, but I don’t need to look at that filth. So I told the Father about it.

We pulled into the deacon’s driveway. The lights were all out except for one upstairs. He was up there, sick and alone. The Father let me inside, and we tread carefully in case he was resting. He was not, when we found him in his bedroom. He was sitting in front of his laptop, looking at the same filthy photos of little children that he’d showed me before.

Father Horgan whipped his rosary over the deacon’s neck and yanked it taut.

My job was to recite the Act of Contrition. For us, not for him.

“Oh, my God. I am heartily sorry for having offended thee…”

I made sure to give it the proper gravity. 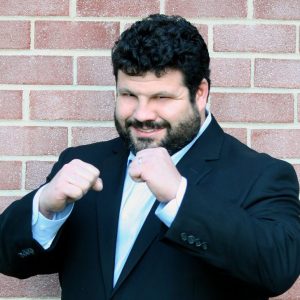