They hadn’t let him take a jacket when they grabbed him.  By now the blood from his nose had dried almost black on his tee shirt.  With a two-day stubble and his matted grey hair, he looked like a B-film horror character.  Terror in Appalachia.  The truck had no heat, and he could see his own breath.

“Why the fuck did you hide it way out here?”  Zeke asked him.  The truck weaved around hairpin bends as it climbed up the mountain.  The old man sat between the two brothers.  With the windows rolled up against the weather, the cab reeked of stale booze and cigarettes.

Jem threw an elbow into his chest.  “Answer the man, you old cuss!”

He caught his breath and said, “I didn’t know what this place was when I buried it.”

“Well, what is it?”  Jem pulled hard on the wheel to get around a narrow bend.  They were high on the mountain now, the dirt road nearly at its end.

Another elbow.  The old man wailed. “I ain’t gettin’ smart with ya,” he weezed out.  “Theys a haint lives up here.  It’s real.  When I got out, I waited a long time before I come back here, count of what an old country boy told me in the joint.  This hill belongs to a haint.  Anything up here is hers, he said.  Got me scared.  When I finally got the nerve to come back, that haint run me off.”

Zeke pulled on a bottle of Beam and handed it across to Jem.  “Do you think we’re gonna be took in by that dumb fuckin’ wives tale?  What?  You think we’re not from these hills, too?  People been tellin’ tales like that since before Kentucky was a state.”

“Maybe so,” the old man said.  “But theys a haint up here, and were as good as dead if we try to dig up that box.”

Jem shook his head in disgust.  “Well, we’ll just have to roll the dice,” he said.  The road ended at a huge sandstone formation and the men piled out.  “Lead the way, haint killer.”  Zeke prodded him with the shovel.  Half drunk now, they laughed and goaded the old con.

“I guess you’re probably gonna hurt me,” the old man said. “But I feel got to warn you one last time.  Let’s not do this.  That guy in the joint told me she expects a tribute when you come up here.  I shoulda never buried that box on this mountain.  She considers it hers now.”

Cold ripped through his skinny frame, but he continued on until he got to the tall sycamore where he had buried the box years ago.  “It’s right here,” he said.

“Then start diggin’, before that haint catches on were here!”  More laughter.  The men passed the bottle back and forth as the old man worked the spade in the cold earth. When he had cleared the lid of the wooden box, he reached in and pulled out a heavy sack.  The men grinned when they heard the sound of gold pieces rattling around.

“Is that all?” Jem asked.  “You got any more precious metals in there?”

“There’s more metal, but it ain’t precious.”  The old man pulled a .38 from the box and put three shots into each of the brothers.  The hill got quiet then, except for some soft groaning. Cordite hung heavy in the cold air.

“I guess me and Zeke are the tribute, you old sonuvabitch.  You’ll get your loot after all,” Jem managed to choke out.

“You two rednecks are hardly a tribute, but I’ll leave you for the bobcats.  Hell if I’m takin’ this gold with me, though.”

He threw the gun and the bag back into the box and set to burying it.

As the sun began to set, he thought he saw some movement and a shock of long white hair disappear behind a tree on the ridge high above him. 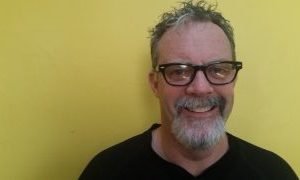