The Butterfly of Death

Miguel wiped his brow and stared over the valley. Povona lay below, a wedge of white stucco and red-tiled roofs encroached on all sides by forest. The solitary truck puttering up the town’s only paved road winked sunlight off the parts of its body yet succumbed to rust.

The rugged track he’d recently assumed guarding cut across the mountainside through fifteen hundred acres of private land, which had been spot-cleared to support clandestine patches of coca leaf. Beyond the narrow track, the jungle breathed: a chorus of calls and warbles and the drone of crickets. Setting down his AK-47, he removed his cigarettes. He lit up, then extended one to Luca.

To repel the boredom, he asked his guardmate: “What’s the worst thing you saw during your time in Medellín?”

Luca’s features were swallowed in leathery brown skin, the lines on his face seeming to count the many indelible things he must have seen. He took the offered cigarette and gave no preamble, just began talking, as though the story played over and over in his head.

“We left the farm in Fortuna. There were six of us. We drove all day and arrived at one of Don Pablo’s houses by evening. There were two men gagged and on their knees in the driveway, others with automatic weapons standing watch. That was the first and last time I met the man himself, and I’ll never forget the gravity he carried. At one point while giving us instructions, he kneeled to tie his shoe. Not a single man coughed or scratched his nose or shifted his weight.

“Those instructions took us on another journey north into Paramillo. One of the men stunk of shit where he’d soiled himself. At one point, Javier took out their gags—a pittance, to allow them to make their peace with God—and they began to plead incessantly and cry out so he regagged them. In Paramillo, we marched them into the rainforest and strung them up by their wrists in a kapok tree.

“Before that, we stripped their clothes and took machetes to their chests, arms, legs, and feet. The cuts would supposedly attract the Chupacan monkey, which had a taste for blood.

“By that time, the stars were peeking through the canopy. We killed the flashlights and waited for the monkeys to arrive, signaled by a series of rapid chirping more akin to birds. The animals maneuvered cautiously from the branches to the ropes. The men would twist and cry out against their gags, and the monkeys would start and retreat. But they kept coming back, and each time they were less fearful.”

Miguel smiled. “You mean to say those men were eaten by monkeys?”

“It is no joke,” Luca said, the serious expression he wore by default underscoring the story. “The monkeys bit and clawed those men all night, slowly peeling away their flesh. Unlike piranhas, they worked leisurely, knowing the food wasn’t going anywhere. It must have been the worst agony imaginable, and those muffled screams persisted even after the bodies had stilled.

“By morning, they looked like cattle hung in a freezer. Their flesh had vanished, exposing the stark-red sinews underneath. One of the men, still conscious, looked down at me, and in his eyes I saw a truth I couldn’t comprehend. As though he’d glimpsed the place that awaits men like us, and was paralyzed by the thought of it.

“It took the Chupacan monkey five days in total to wear those men down to polished bone, discarding only the stinking intestines, which lay in slimy gray piles gathering flies.”

Miguel exhaled smoke, wondering if Luca was having fun with him. The look on the old man’s face said otherwise. “So what’d they do to deserve such a fate?”

Luca shrugged. “I just heard one of them had looked at Don Pablo’s niece. The girl was only thirteen, but had already the curves of a woman.”

“You’re telling me, that man and his associate died such awful deaths because Don Pablo didn’t approve of the man’s gaze?”

Luca blinked, as though the truth was evident. “I’m telling you, the Butterfly of Death flapped his wings, and their fate was decided.” 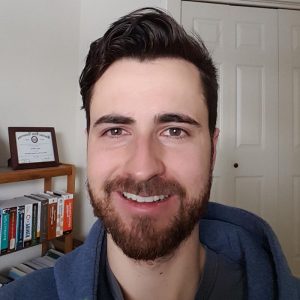