I was in Virginia. Or West Virginia. I don’t remember what the last sign read before I turned into the rest stop.

A shifty local in a brown pleather jacket quietly offered me a Walkman as I passed by the trucker hats and gum.

I couldn’t see straight, and wanted to sit down even though I’d been sitting in the car for

I watched the Challenger explode into pieces yesterday. America was in mourning.

“Fuck off,” was his final offer.

He slithered away and disappeared past the claw machine that caged dead-eyed stuffed animals.

A tin sounding voice came from a waitress that buzzed by me. “Welcome to The Pig, seat yourself honey.”

I should have kept driving, eaten on the go, it was a long way to New York. Greasy footprint impressions on the floor sent shivers through me. Johnny Paycheck crackled from the radio in the kitchen, and every now and again, a skinny black man in the order window peeked over his bejeweled sunglasses to survey the restaurant. Just to be sure everything was copacetic.

She arrived and sat directly behind me. I heard coffee slurps in-between her whimpers, and turned around to ask if she needed help. A blonde hair bun poked above the booth. She said no, but her crying escalated.

Holy shit, her eyes. Her mouth. Bloody lip and nose, nobody has helped her yet. Where was I again?

She started, as if to soften my interrogation, “It’s no big deal, but I sure would appreciate a ride home. My house isn’t far. He won’t be home, he’s on his way to Maryland to drop off pallets of butcher paper. He’ll be back tomorrow.”

He must be her old man who put the pounding on her. I agreed to give her a ride. While she tended to her wounds in the bathroom, I tried, but failed, to finish the shitty meatloaf I had ordered.

Other than offering up her name, Roxanne, she didn’t have much to say, and I couldn’t blame her. I wondered if I should have called the cops, or taken her to a hotel, a shelter, anywhere to hide her out for a while.

Instead, I pulled up to her house. She was real sorry my meal was interrupted and wanted to show her appreciation by making me a sandwich for the road. Initially I declined, but at her insistence, I agreed to take the sandwich. It seemed as though she wanted company, didn’t want to be alone just yet.

She opened the back door to the house, and there he was. The hood who was hawking the Walkman stood in the middle of the kitchen, and greeted me with a sharp, “What’s up New York?”

He put a survival knife to my throat as Roxanne dug my wallet out of my back pocket.

He counted $73 in cash, stuffed it into his sweatpants and said, “Seven dimes, not bad New York. Now get the fuck out of here and don’t stop until you get home. And don’t bother calling the cops, there aren’t any around here.”

Roxanne smiled like a sated crocodile, but winced when it reached her puffy left eye.

I could have called the cops. Or maybe not, according to Mr. Walkman. But they let me go unharmed, and I wanted out of that town immediately, so I reasoned with myself that it was a learning experience.

I was somewhere in Pennsylvania when I noticed that she had lifted my watch.

I’ll be sure to avoid that route for a future rocket launch. If there is a next time. Jesus, they all died up there. 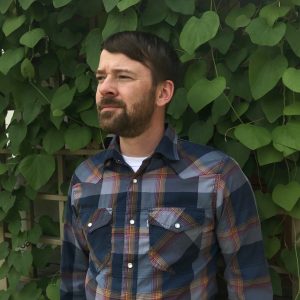 Brian Morse is the author of Migration (Pski’s Porch, 2016). His work has appeared in Akashic Books, Close to the bone, Crack the Spine and elsewhere. He can be found online at brian-morse.com