“What do we got?” Detective Reid Pierce asked the rookie guarding the corral of yellow crime scene tape. A bloodless moon hung low in the gluey August night.

“The boyfriend stopped over after the bars closed. He found her.”

“Okay,” Pierce said. He dug in his pocket for a notepad and pen. His spare keys and change jingled. His watch said 3:17 a.m. He hadn’t been to sleep yet. When the phone rang, he’d been searching for something he’d missed.

“Who’s been inside, besides the boyfriend?” Pierce asked. He plucked a silk handkerchief from the pocket of his houndstooth sports jacket and patted sweat beads from his clean-shaven head.

“Just me,” the rookie said. “I saw her.” He glanced at his shoes and cleared his throat. “In the bed. As soon as I saw it, I called dispatch. It’s the Creep.”

Pierce grinned and shook his head. Rookies, he thought. “You knew it was the Creep from looking at the body?”

The Crestview Creep had been murdering prostitutes and defiling their corpses for two years. This made victim number eight. And still no clues. No mistakes. Not bad, Pierce thought.

An unmarked cruiser slid past, parting a gaggle of patrolmen murmuring and staring at the bungalow inside the tape. The car parked. The driver’s door opened. When Detective Sean Burke climbed out, the shocks creaked with relief. In Canada, Burke could’ve passed for a lumberjack. He raked his sausage fingers through a wild nest of brown hair. His shirt hung askew, buttoned in the wrong holes.

“You look like shit, Burke,” Pierce said. He thought Burke was a moron. That’s why he liked having him as a partner. The idiot would never steal the spotlight.

Burke grunted, slung a tie around his stump-like neck, and fumbled the tie into a knot. He paused, sniffed, and looked up, his brows knitted together. “You wearing cologne?”

“You showered, slapped on cologne, and still beat me here?”

“What the hell were you doing up?” Burke yawned, his mouth gaping like an open manhole.

“Aren’t we all,” Burke said. He finished knotting his tie. “Let’s go.”

Pierce led Burke into the house. The dead air reeked of scented candles and stale beer.

Pierce strolled through the rooms with the confidence of a man who’s made murder his business. He scanned the walls, furniture, floors. If the Creep made a mistake, no matter how small, Pierced had to find it. Burke trailed behind, taking notes. In the entire house, only three things looked out of place: the slashed screen in the bathroom, the cut phone cord in the kitchen, and the exhibit in the bedroom.

Pierce froze in the bedroom doorway and examined the display. Burke stood behind him in the hall. The girl’s corpse lay on the bed, spread-eagled, nude from the waist down. A toilet brush jutted from her vagina. Coagulated blood colored the jagged lips of the spine-deep smile carved into her throat.

“You sure it was the Creep?” Burke said.

“Look how she’s posed.” Pierce swept his flashlight beam across the bed. Something metallic winked from a heap of filthy clothes on the floor. Keys. He clicked the light off.

“Let’s go. We don’t want to contaminate the scene.”

“Good call. Maybe forensics can find a print or a hair. Anything to catch the stupid sonofabitch.” Burke spun and clomped down the hall.

When Burke turned the corner, Pierce strode into the bedroom, scooped the keys from the pile of clothes, and tucked them in his pocket. You shit the nest this time, pal, he thought as he left the house.

At home that afternoon, Pierce tossed his keys onto the kitchen table. He hung his suit in the bedroom closet, placed his wallet on the dresser, and dropped his spare keys into the sock drawer. Crawling into bed, he mumbled, “You stupid sonofabitch.” 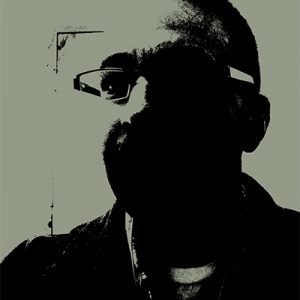 Trevor Nelson lives in Rockford, Illinois. Besides writing stories about losers and creeps, he enjoys aiming the Smith & Wesson Model 29 revolver that he bought from Easy Andy at the television and making gunshot noises with his mouth. Trevor’s fiction can be found on Shotgun Honey, Flash Fiction Offensive, Yellow Mama, and Micro Horror.