A golf club slammed into the side of Sammy Lee’s face. He fell to the ground and looked up at Crispin.

‘Is that the best you’ve got? You soft Southern shite,’ he said through broken teeth. He spat blood as he spoke and laughed, although he really felt like screaming.

Sammy Lee could see Piccadilly Circus’ neon lights through Em’s office window. Despite the pain he was in, he still thought it looked beautiful. He smiled.

Em sat behind her desk smoking an e-cigarette. She looked disgusted.

‘I hope some fucker is going to clean this up after you’re finished,’ she said.

Em cringed. Hearing his upper class accent was like getting massaged by sandpaper.

‘I’ll send The Five-foot Pole to sort it out,’ said Crispin. ‘It should be well within her capabilities, limited though they may be.’

Sammy Lee tried to get up but he slipped back. He screamed with pain.

Crispin twirled the golf club like a cheerleader’s baton.

‘I’m getting a tad bored with this,’ he said. ‘If you wish to return to Hovis land with some of your teeth and all of your limbs intact you had better tell me where my fucking car is posthaste.’

‘I keep telling you. I don’t fucking know. The puff that sucked you off took it. He was supposed to come back with the dosh after he sold the car.’

Em stood. She checked her reflection in the wall mirror. Tall, blonde, thin. Same as ever. Maybe the odd worry lines around the eyes but that was it.

‘You know this is all your fucking fault, Crispy nuts,’ she said.

Crispin cringed at his nickname.

‘Why blame me?’ he said. ‘This Northern pleb stole the car. Not me.’

‘The car was your responsibility,’ said Em. ‘The car’s contents, more importantly.’

She walked toward Sammy Lee. Loomed over him.

‘How did you do it?’ she said. ‘How did you manage to rob that soft boy’s car? The security system is supposed to be top of the range. A Russian hacker set it up.’

Sammy Lee shuffled away from her. Suddenly scared.

‘No matter what the security system is?’

‘Yeah. I’m that good. That’s why I came down South, like. To make some dosh. I can do houses and offices too.’

‘I like that,’ she said. ‘Initiative. I still remember arriving in London, trying  to make my fortune. The scrapes I got into, I could tell you. That’s why I have my office overlooking Piccadilly Circus. To remind me of how far I’ve come.’

She frowned as she looked at Crispin who was leaning against her desk, grinding his teeth.

‘That’s something the posh boy here wouldn’t understand,’ said Em. ‘Born with a silver spoon in his mouth and up his arse this one. He’s had his uses mind you. Well, once upon a time.’

She turned back to Sammy Lee.

‘Which particular homosexual are you talking about,’ said Em. ‘One of the ones that hangs around Eros? One of the rent boys. ’

She nodded toward her window.

‘Aye. One of them. He’s from Cornwall or somewhere,’ croaked Sammy Lee.

‘What are you taking about?’ said Crispin.

‘Do you think you could find this puff … with the right financial incentive?’ she said.

Em smiled. She patted him on the head.

She pulled out a knife and stabbed Crispin in the throat. Twisted the knife until he collapsed gurgling to the floor.

She picked up her desk phone and spoke into it.

‘Lee, can you send in the five-foot Pole,’ she said.

She looked over at Sammy Lee. ‘And tell her to bring her first aid kit. I think we’ve got a new recruit.’ 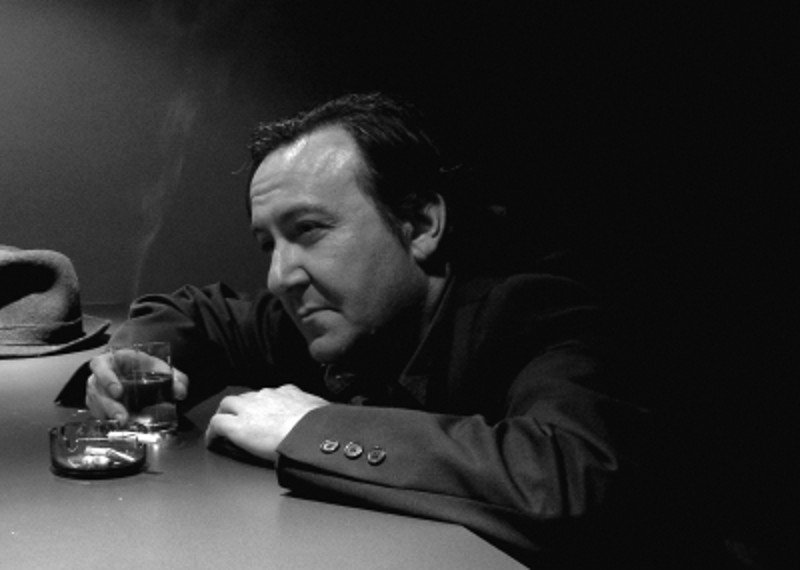 Paul D. Brazill is the author of Gumshoe, Guns Of Brixton and Roman Dalton - Werewolf PI. He was born in England and lives in Poland. He is an International Thriller Writers Inc member whose writing has been translated into Italian, Polish and Slovene. He has had writing published in various magazines and anthologies, including The Mammoth Books of Best British Crime 8,10 and 11, alongside the likes of Ian Rankin, Neil Gaiman and Lee Child. He has edited a few anthologies, including the best-selling True Brit Grit – with Luca Veste.