I ripped the tattered and worn photo off the fridge.

“This your wife and daughter?” I asked.

“Ye—Yes,” said the lard ass cowering at the table.

“Your wife’s got a nice pair of tits.”

“Oh, sorry to hear that. Nice tits though,” I said and tucked the picture in my breast pocket and moved toward the man, being sure to lean in close. He hunkered down in his chair, the folds of his chin multiplying and releasing a foul odor that I could only guess was the rancid culmination of a few days worth of sweat and old food debris. Recoiling a little myself, I asked him again, “Where’s Tony’s money, Bobby?”

“And I told you that’s not good enough.”

He tried to scoot away but I grabbed him by the collar. Tears ensued. I mean full on blubbering. Those pathetic crocodile tears almost made me feel sorry for him.

“Jesus Christ, Bobby. You had to know this would happen.”

“You thought what? That you’d have the money. That maybe, being the nice guy that he is, Tony’d let you have a few more days? That’s not how the world works, Bobby. Thinking only works if you do something with it. Otherwise you’re no better off than those airheads who ain’t ever had a real thought in their life. What time’s your kid get home anyway?” I said and thrust him back into the chair.

“Well, shit. We’ve only got fifteen minutes. You don’t want her to see you like this do you?”

“Surely you must have something I can bring back to Tony. You know, as like a letter of intent or whatever those mutual fund shits are always spoutin’ off about.”

“You ain’t sold that yet? I’m impressed. Let’s see it then.”

Bobby led me back to his room. Somehow it was an even more pathetic site than Bobby himself. Crusty nudie mags littered the bed, a burnt spoon sat on the nightstand, and, best of all, a tower of pizza boxes, so high it coulda gave the Empire State Building a run for its money, stood in the corner. He pulled out a small lockbox from underneath his bed, cleared away the nudies, and set it on the bed. Inside, I could see some more mags, a .38 special (lotta good that was doing him), an ounce of heroin, but no jewelry.

“You think you mighta sold it to get that tar? Maybe?”

I didn’t give him time to answer. My blade split his chins and I watched as he struggled to hold his life in. It was no use. He’d be joining his wife in a few moments. I took the tar and headed for the door checking the microwave on my way past – it read 2:55. “With time to spare,” I thought.

As I reached for the door, a thunderous crack echoed through the apartment and I felt sharp pinch in my back. I turned around. A sniffling, crying little girl pointed Bobby’s piece at me. I struggled to breath and was starting to get dizzy.

“I thought you were at school,” I managed to say.

The little girl wiped her nose and I barely heard what she said over the roar in my ears, but it sounded like, “Daddy let me stay home sick today.”

Then the lights went out. 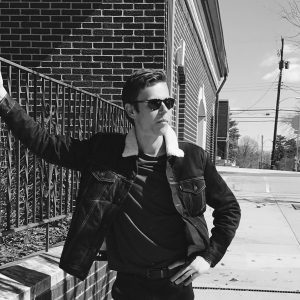 Kurt Rieman writes his fiction deep in the bowels of the Southern Louisiana bayous. And, when he’s not fighting off the gators or dodging the hurricanes, Kurt daylights as a financial advisor where he helps people keep their lives far less messy than those of his characters.