Every asshole in the county knew better than to rob the Waffle House.

So when Louie stepped through the diner’s doors, shotgun aimed at Lynette, no one took him seriously. Especially not Lynette, who didn’t bother to look up from the tips she was counting, grease stained fingers sliding across wrinkled dollar bills.

No shit. Folks didn’t go around guns drawn for no reason, not even in the South.

Counting her last dollar, Lynette stared right up at the twin black holes at the end of the shotgun. “Louie Michael Thomas, just what the heck do you think you’re doing?” Her voice reminded me of gravel being crushed under a truck tire, and always got this way after working the night shift and shouting table orders to Fat Bill, Lynette’s live in boyfriend/Waffle House’s cook, and the skinniest motherfucker I’d ever laid eyes on.

“I ain’t no Louie,” Louie said. His hand went up to adjust the mask he wore. It was one of those novelty plastic ones you found everywhere once Halloween strode up.  The mask captured the sickly yellow of our dear president well, and the double chins were a nice touch. But the eyes were all Louie, black and glassy. And then there was his left hand, shaky and missing a little finger. It’s how we all knew who it was behind the mask.

“You best be putting that gun away, Louie. ‘Less you want me jumping over that counter ‘n coming at ya.” That was Fat Bill.

“Go back to burning grits, Bill.”

Ooof.  A man like Bill will let you get away with lots of things, but insulting his cooking is not one of them. To be fair, the guy did make some dang good sunny up eggs. The yolk always bleeding yellow when you cut into it, shiny and thick like melted gold.

“What you say?” Bill walked around the counter, passing me by without so much a glance. His eyes were fixed on Louie, and as he walked, he slapped the spatula he’d been using to cook my hashbrowns against his thigh

“Will you boys quit it?” Lynette said. “Louie, walk out right now and I won’t call the cops. Won’t even say a word to your mother, who by the by, would be mortified to find out what you’re doing.”

I ain’t Louie!” The mask took some of the shrill out of the kid’s voice, but my ears still stung.

“Shut it, woman,” Bill said, getting closer to Louie. “I’m handling this.” He lunged at Louie, spatula high in the air.

Louie fired. Because Louie might have been an asshole who lacked one finger, but he was just the right amount of dumb to know what to do when you have a gun and the other guy don’t.

The blast was louder than I expected, filling the diner and blanketing Lynette’s scream along with Louie’s holyshitfuck. At the end, there was the punctuation of two spent rounds falling on the linoleum floor.

Louie turned my way and stared. The mask was off, and the kid had tears running down his chubby face.

“You’re thinking, ‘kill the waitress and guy at the counter. No witnesses then’.” I continued, doing my best to ignored the blood and chunks of Bill’s meat around me. “But that ain’t the way to play this. Better to run now. We didn’t see you face anyhow. Ain’t that right Lynette?”

Lynette nodded and said nothing.

A beat. Then Louie was out the door. We watched him almost slip on some of Bill’s fluids before he’s in the parking lot and jumping on a beat up Camaro.

Another beat and Lynette spoke.

“Know what, Darling?” I’m on the other side of the counter and walking towards the till already.

Lynette motioned to the diner. “That Bill would go after him. That Louie would shoot.”

Waffle House had a good night. The money wouldn’t take us far, but it was a start. Planting a kiss on Lynette’s cheek, I let my hand graze her ass. “Cause, that’s what an assholes would do.” 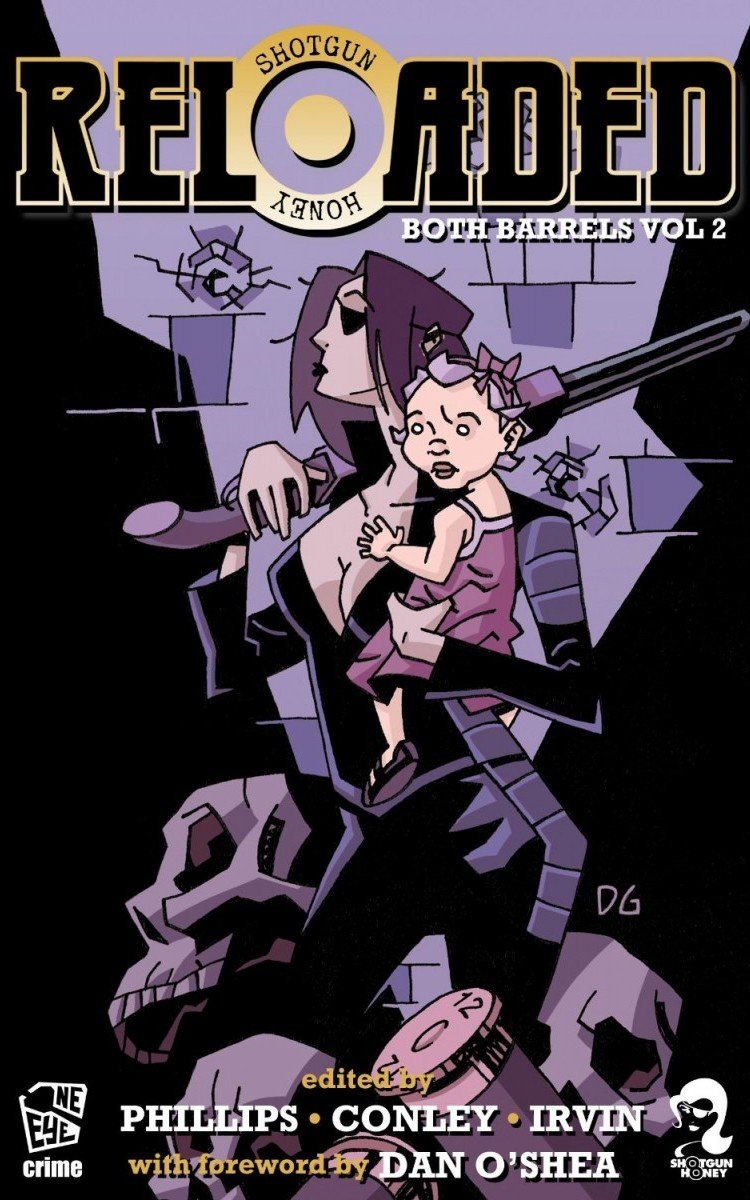