Jeannette Fisher told a story when she sang. It wasn’t in the words of the song. It was in the way she tilted her head, stretched her neck, shifted her eyes. She welcomed you with a lift of her arms and dismissed you with a wave of her hand. I knew because I’d been photographing her in the Hawaiian Gardens Club at the Hotel How-Do-You-Do since the war ended. I’d seen the spell she cast over men.

Just before the midnight show, Jeannie glided into the Hawaiian Gardens Club in a red bird of paradise sarong dress with a halter neck. Her black hair was up, an orchid tucked behind her right ear. I watched her work the room. Laughing. Shaking hands. Making small talk. She stopped at a table not far from the stage and gave me the signal, a subtle glance that said she needed me to take a photograph.

From lunch to dinner, my primary job was arranging guests in the lobby for a souvenir photograph. Usually I took the picture in front of the gold-flecked tile mosaic of the swans. People liked the way the long necks came up behind them and appeared to peak over their shoulders. I made a buck commission off of each one of those; the hotel made three. The guests staying there could afford it. Sometimes I even got tips.

After hours, I did a little freelancing under Jeannie’s guidance.

I grabbed my camera and moved to the table where Jeannie laughed with a big wheel up from the city. Jimmy D’Agosta ran a solid business in the concrete industry. He supposedly poured the cement in the hotel’s expansion twenty years before Jeannie started singing there. Jimmy D gushed over her. He sat alone but the ermine wrap hanging on the back of the empty chair next to him said he wouldn’t be for long.

I got maybe a table away, raised my camera, when Jimmy D put up his hand.

A couple of his associates stood up at the bar. Jimmy D shook his head, waved his hand. The men sat down.

Jeannie slipped her arm around D’Agosta’s shoulders. “Come on, Jimmy, just one picture. For me. Before your wife gets back.” She gave him her precocious smile that wrinkled the bridge of her button nose.

“Then who’s is this?” Jeannie stroked the ermine wrap.

I caught the shift in Jeannie’s eyes. I knew what to do next.

The orchestra played a little introductory vamp. Jeannie stepped up on the stage. The crowd applauded.

Jimmy D’Agosta’s companion returned. He was right—she wasn’t his wife. She was barely old enough to vote.

Jeannie worried the line, held that first note so long time might have shattered in its wake.

Jeannie walked down to a table of four. Two couples. She leaned between the first pair and I snapped the picture.

‘My heart beats with yours…Sings our song behind closed doors…’

She moved to the second couple. Sitting directly behind their table was the real subject of the picture.

Jimmy D’Agosta and the gal in the white ermine wrap.

Our plan always worked. Catch a mark out on the town without his wife, snap a picture of him and his guest, then sell him the negative but keep a print for future use. Sometimes it paid better than the lobby photo commission.

My flash lit up their faces just as Jimmy D tried to sneak a kiss. In the fading aftermath of the spent bulbs glow, Jimmy D’s men dragged me out the stage door.

Outside, one of the heavies smashed my camera while the other smashed my face. Jimmy D and the girl in the ermine wrap came out. I was pretty sure only one photograph from the night would wind up on the front page of the morning edition of the paper under the headline, ‘Hotel Photographer Found Dead’.

Jimmy D’Agosta lifted my chin. “I told you no pictures, didn’t I? Maybe next time you’ll listen.”

“Maybe next time I will.” I think we both knew I was lying. 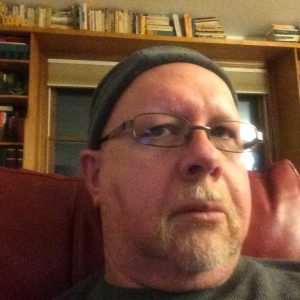