The first time he called he asked whether the shoes were available in a wide size. She looked it up, told him they were. It was the easiest job Stacy had ever had.

She had been apprehensive. You know, telemarketing. But these were inbound calls, she was told. They want something from you.

She didn’t have a choice. An English degree? What was she thinking? It was summer and the pool was calling, but with student loans due, she needed a job. There was constant turnover, girls getting fed up and just not showing up for work, the HR woman speculated. Don’t become one of those and there’s a future for you. As if, she thought.

He called again the same time the next day. It was the way he thanked her – “Always a pleasure” – that tipped her off. He hung up before she could respond.

The next day, as the clock approached 3 p.m., she realized she was waiting for his call. Her headset beeped. It was him, again with a question. She answered, and before he could sign off, she said, “You’re not really interested in clothes and shoes, are you?”

“You are very perceptive, Stacy.”

“You introduce yourself when you answer the phone, Stacy.”

“You have escalated our relationship, so now what?”

“Nope. That’s not how this works. Now I get a question. What are you wearing?”

“All right, now that’s kind of creepy, Kyle. This isn’t a phone sex line,” she said.

“Always a pleasure,” he said. That was followed by a dial tone.

Strange, she thought, forgetting about him by the end of her shift. But he called back the next day and they talked a bit more, and she actually felt a connection of sorts.

Calls came in from all over the country, so this guy could be from anywhere. Some harmless flirtation to break up the day, she thought. No commitment. Perfect.

One day, Jessica grabbed her during a break.

“Have you seen Emily?” her co-worker asked. Stacy said no. “She hasn’t been to work in three days. She doesn’t answer her cell. She was going to meet some guy she took calls from, and I’m worried.”

Stacy was worried, too, but not just for Emily.

When Kyle called at 3, they talked a while. Letting curiosity get the best of her, she asked, “Do you know Emily from here?”

“Are you jealous?” he asked.

“What are you talking about?” she said.

“You needn’t be, Stacy. She wasn’t the first. She won’t be the last,” he said. “Then again, neither will you.”

She disconnected the call and ripped off her headset. She got up and ran to the bathroom to splash water on her face. She was shaking and couldn’t stop. She knew she should tell someone, but she didn’t know how to explain.

She decided to go home for the day and call in later to say she’d had female trouble. She walked to her car, heading to the last row where a lucky few parked in the shade of some nearby trees. As she keyed the remote and opened the door, she heard someone behind her.

“Hello, Stacy.” She turned and saw it was one of the janitors from the office.

“That’s not how this works. It’s my turn to ask a question.”

He grabbed her roughly by the arms and tossed into her car.

“Always a pleasure,” he said as he got in the car after her. 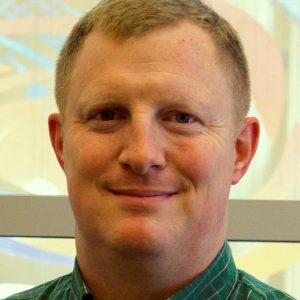