Nikki’s Roadhouse.  Off a dusty stretch of blacktop between Hanson Falls and Culver City it sits as if awaiting destruction.

Man by the name of Varga is how it begins.  He gives up not only Rawlins but the very basement the recording went down.  We investigate.  Jeramiah into the bar and me into Rawlins himself.  Left eye for shit, out of Millhaven after a ten-year bid, Rawlins reopens the Roadhouse with an uncle the year before last.  A strip joint of the lowest order, it was the type of place where the mirrors held not only the hopes of the damned, but human smear as well.

“Fucker ticks all the boxes, Rider.  Tweaker.  Hygiene for shit.  Wouldn’t surprise me if it ends up being him behind the pig mask.”  I couldn’t argue with the man, Jeramiah seeing the same thing being played out more times than I cared to count.

“We hit it before dawn, then.  If we’re lucky, someone might even be home.”

And home they were, Rawlins and his uncle bursting out from the back of the Roadhouse as the flames take root.  Jeramiah is ready, popping the older man with butt-end of his sawed-off with such force that zip codes and forced dentistry enter the equation.  Rawlins is next, coughing up a lung as he emerges from the smoke.  Jeramiah goes low this time, into the solar plexes. Done, he takes the man’s head between his hands and then it’s a knee that’s given all the time it required to shine.  Under control, we scoop them up and place them into the back of the van, the fire now an inferno behind us.

These men would not die by fire.  All told, it was never even an option.

Not while each of us still breathed.

I tell him it may not look like much, but the shovel, it had by far become my favourite tool.  I wasn’t talking to the man below me either.  No, it was the piece of shit uncle who lay beside him.

I watch his eyes as they follow the shovel, as it leaves and returns to the palm of my hand.  Jeramiah leans back against the hood of the van, his body in-between the headlights which bathe us.  The quarry we’ve taken them to is silent, the rocks beneath their duct-tapped bodies an added bonus to what was about to occur.  They didn’t need to be comfortable when they died.  No, the opposite in fact.

“And Marty, I want you to keep your eyes open for what happens next.  Because when it does, it’s going to happen quick.  I will assume we understand one another.”

Marty nods.  Good.  Be a shame if he missed any of the particulars.

I turn my attention to the piece of shit between my legs.  Heavy set, in leather pants and a beater T, Rawlins continues to squirm as best he can but duct tape, especially when applied mid-chest to mid-thigh, has a way of guarding against such things.  I hunker down, lean close into his stubbled face, his one good eye bulging as I do.  It screams, that eye, wanting to tear into me in all the ways I was about to tear into him.  I don’t know this for certain.  I only know what I feel.

“Feels different, doesn’t it?  Being on this end of things.  Maybe it causes you to think about what you and your buddies put those women through.  You do that, we might even get you to within an inch of what you made them endure.”  His eye again, shooting daggers, as I stand and place the pointed end of the shovel into the shallow portion of his neck.  An arching comes in response to this, or an attempt to arch, but this man, a man who chose to profit in ways no man should, he finds himself in two places at once: the end of my patience and the birth of my rage.  I step forward and up.  My added weight in seconds separating skin and then breaching bone.  The screaming behind his gag becomes louder, fuller, punctuated with a type of sound not many men get to hear.  Last, I give a heel stomp.  Another.  Detachment achieved with a third.  It brings vertebrae into play, along with cartilage and blood that goes not in one direction, but three. I pause.  Breathe.  Then look back to Marty and see that yes, the uncle was ready to talk.

Full disclosure: they usually are.

But he gives us nothing new; we’d hit the end of the line.  A good thing, yes, but that we chased it still, no.  We could not catch them all.  We knew we never would.  We could only continue to do what we believed to be right.  Some might say this is enough. My memory disagrees. 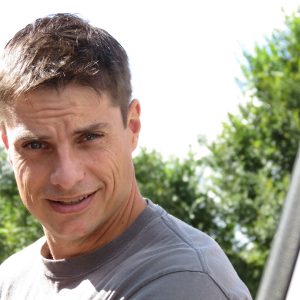