“Look at the plumpies on her, Dallas,” Travis said. “Makes me wanna stick my head between ‘em and–“

I raised my hand. “Don’t talk about my sister that way.”

He looked from me to her to me again. “Man, I’m sorry, I had no idea. You two look nothing alike.”

“That right?” He trawled the bowl of peanuts. “They say bar snacks are spiked with traces of urine, you believe it?”

“Where’s the money, Travis?” I asked.

“You didn’t get my message?” He popped a peanut in his mouth.

“Something came up. I’m a little short.”

I leveled my eyes at him. “Harry isn’t gonna like this.”

“I wasted the whole day driving out here.”

“Leave the stuff with me, I’ll pay you next week. You know I’m good for it.”

Travis shrugged. “Whatever, man. Harry don’t like it, he can find someone else to do business with.”

I went outside and checked my messages. Nothing from Travis, the lying sack of shit. I called Harry.

I went back inside, half expecting to find that Travis had hightailed it out the back door. But he sat on the same stool, shoveling peanuts into his mouth and drinking a Bud Light. I sat down next to him.

“He left it up to my discretion.”

“Great,” Travis said. “Leave the shit here. Give me a week and I’ll pay you back, with interest.”

I summoned the bartender. “Fat Tire,” I said.

He set a bottle in front of me and I drank while Travis continued wheedling. I drained the bottle quickly and laid a ten on the bar. “I’m parked out back,” I said.

He followed across the dirt lot, empty except for my truck. I unlocked the passenger door and reached under the seat. I could feel Travis right up on me. “Christ, back the hell up,” I said.

My hand passed over the leather briefcase and found the 9mm. I turned around and pointed it at Travis.

“The fuck?” he said, eyes locked on the gun.

“I’m not gonna shoot you, Travis. But I am gonna teach you a lesson.”

He dodged to the left but I slammed the gun along the side of his head before he could get out of my reach. He crumpled to the ground.

“This is from Harry,” I said, kicking him in the stomach. “And this is from me, jackass, for making me come all the way out to bum fuck Egypt.” Travis curled up in a ball, shielding his head and face with his arms.

I felt the bullet rip into my chest a split second before I heard it fire. I cried out and dropped my gun, staggering backward against the truck and slid to the ground.

“Goddammit, Travis,” a female said. “Get his gun!” It was the woman from the bar. She hurried toward us, “plumpies” bouncing.

She picked it up herself. Travis got to his feet and she handed it to him. “Where’s the stuff?” she said.

“You heard her, where is it?” Travis said, pointing the gun at me with a shaky hand. He kicked my foot.

Before I could answer, the woman grabbed the brief case from under the seat.

“I got it,” she said. She tried the locks. “What’s the combination?”

Sirens wailed in the distance. She waved her gun at me. “What’s the mother-fucking combination?”

I coughed. Blood spewed from my mouth and down my chin.

Travis seemed to come to his senses. “Ricki, we gotta go!”

As my consciousness faded, I watched Ricki and Travis run off with the case. 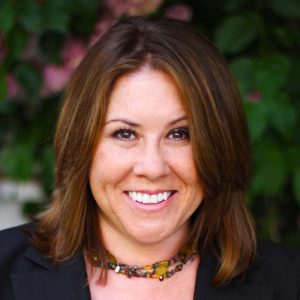 Holly West is the author of the Mistress of Fortune series (Carina Press), set in 17th century London and featuring amateur sleuth Isabel Wilde, a mistress to King Charles II who secretly makes her living as a fortuneteller. Her short crime fiction has also been featured in several anthologies, and online at Shotgunhoney.net. She lives, reads, and writes in Los Angeles with her husband, Mick, and dog, Stella. Find her online at hollywest.com.