For years I’d fooled myself into believing there was a hole somewhere deep under my skin and what I needed was something to fill it. Someone who’d fit snug in that space forever.

Romantic bullshit they force us girls to swallow, from childhood. But I couldn’t see the truth, at least not before the thing with Johnny.

Johnny wasn’t a deep thinker. But he burned hot; bright and reckless. He’d slam on the brakes going seventy, slide through a corner and scream my name so loud I could feel his voice ricochet around my ribs.

The few nights he didn’t spend with me, he spent at the track, or in one of Callum’s card rooms. He was hooked on that moment before the clock started, or the cards were called. Where victory and defeat can stare each other down as equals, where dreams can live an eternity.

I loved him for that, and for his hands. Gentle as his car was fast.

Those hands failed him at Callum’s. His left always trembled when he drew high. It wasn’t a surprise when two of Callum’s men showed up and demanded a word with Johnny. He owed six grand. They gave him a week to square it. If not, come Sunday night his ’73 Roadrunner would be Callum’s. Not to mention one of Johnny’s fingers.

“How you gonna find that kind of money in a week?” I yelled over the engine roar. Johnny needed to think, so we were headed to the Sovereign. He said nothing. Punched it through the Broadway & Queen four-way and slid through the corner onto Tenth. We screeched to a halt in front of the bar.

I had the bar door open when someone called to us from the street.

“You want to plug that meter, or would you rather pay this ticket?” said a traffic cop, stuffed into a puke-blue uniform.

Johnny ignored me. He had a curious look on his face, and he glanced from the cop to the parking meter and then down the busy street. “Go on in, Liz. Make sure Trev has a pint ready.”

I left him there and spent two minutes grinding my long nails into my palms, trying to pick out the sound of a skull hitting the sidewalk.

He began stacking quarters on the bar, building a tiny silver tower as he downed his beer. His smile was grim, determined, yet somehow dreamy. “It takes money to make money.”

I got home Sunday morning, bleary-eyed after my night shift. I hadn’t heard anything about Callum or the money, so I pretended nothing was wrong. I half-dreamed he’d hit the track Saturday night and won big, but where would he get the cash to put down?

The house was empty, but unlocked. My heart pounded in my ears, but I’d passed the Roadrunner in the driveway. Callum would’ve taken the car.

I saw Johnny sprawled in the garage doorway.

He moaned when I shook him but didn’t open his eyes. A huge gash in his side was sticky with heavy, dark blood.

“Oh fuck, baby,” I pressed against the wound.

Then I noticed the chainsaw, dripping red. Behind it, a mountain of parking meters, cement crumbling from their poles. One had a long scar across its face. Quarters and dimes were scattered everywhere, covered in a spray of blood.

I felt that hole inside me close in on itself. I thought about the fragile dream-worlds we build. How we can’t stop the clock, reverse it. I thought about running. Instead, I stepped around the slippery pile of change and picked up the saw. I took it to the Roadrunner’s tires, then the seats. I dragged a parking meter onto the hood and dropped it through the windshield.

I finished and took Johnny’s lifeless fingers in mine. I stayed there as day became night, tracking the slow journey of my watch’s second-hand. Waiting for Callum’s men. 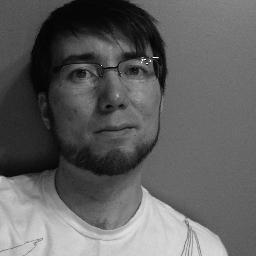 Yutaka Dirks is a writer living in Toronto. His fiction and essays have appeared in Alfred Hitchcock Mystery Magazine, Briarpatch, the White Wall Review, and Rhubarb Magazine. His writing has been long-listed for the CBC Creative Non-Fiction Prize. He likes to read and write stories about criminals and has, so far, managed to avoid a criminal record himself. He can be found online at: http://yutakadirks.com and @YutakaDirks