When I came around the corner, Salvatore had been leaning over the hood of Auntie Elena’s Pontiac, pounding Chewy. She painted her ride teak that year. Uncle Dom did it in his body shop, if I recall. There was blood spattering the teak and it looked good, I mean really good: Dark red over the teak, bright red in places where he was spurting arterial. Man, that looks good, was the very first thought that popped in my head. I’m serious. They say I’ve always had a bit of the ar-teest in me.

Anyway, that was the first time I laid eyes on Chewy, when he was getting pounded. I didn’t even know that was his nickname. I had just come around the corner with an ice-cold Dr. Pepper in my hand from Tirelli’s shop and had no idea what was going on, just that my brother was pounding somebody, I mean pounding the fuck out of him.

What the fuck Sal. He twisted, still holding the guy, and said, Yeah, I’m punching now.

I can see that, I said. It was already ugly. By the time I got over there, I made about thirty, forty stiches over Chewy’s left eye, at least, maybe six or seven across the lip, right down the middle. I was almost exactly right.

He dissed Rose, Salvatore said, and so I said, what, and leaned the Pepper against Loretto’s washing machine (which he never fixed after making the big production of hauling it outside, the big master mechanic). When I joined in, me and Sal were like an old railroad gang, when they pounded spikes to a cadence, first one sledge then the next: Bing-bong-bing-bong kind of thing. All Sal had to say was he dissed our sister Rosalia and that was it. Nobody disses Rose. We’ve always been protective.

And after about a minute of railroad gang, Rosalia comes running out the side door screaming like she’d been set on fire. I mean doused in gasoline set on fire. It was scary looking so we stopped. She saw Chewy out the upstairs window and us and almost punched her way down through the floorboards like a transformer. She goes running up to Chewy who was laying across the windshield like a raw hamburger patty by then; the grey eighty percent beef on-sale kind at Krogers.

Chewy oh Chewy, she’s howling and I mean banshee howling so we both looked at each other, knowing our sister and knowing we were probably missing some information.

We stuck Chewy in the back seat of the Pontiac that day, his own blood on the hood making it look spectacular; but maybe that was just my memory blowing it out of proportion as it was a special day. We took him to Elmhurst General, a premier shithole but the closest place. We all waited, as families wait, because it turned out Chewy became family. Rose and him had their sixth last week, another girl. That’s four pink bows in a row after the first two blockheads. Chewy still can’t close the one eye and has to carry the little vial of gel in his shirt pocket to moisten the eyeball. We love him like a brother and call him Biagio at the dinner table. 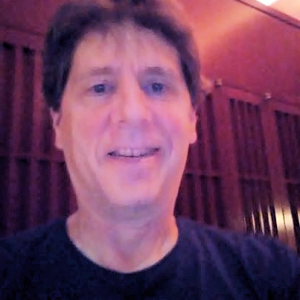 A.F. Knott currently lives on Long Island and viewed suspiciously by neighbors because he's the only person on the block who doesn't own a car. His recent stories have also been seen in Switchblade, Yellow Mama, Mysterical e and Cowboy Jamboree.