It was one of those San Francisco evenings where you couldn’t tell if it was raining or the water droplets were suspended in the fog. I luckily scored an inside seat on a California Street cable car on my way to meet Stan Semko, an old shipmate.

Stan and I had served together during the war on the Frisco based Coast Guard patrol craft Reliance. I hadn’t seen him in years when we reconnected at our old boat’s retirement ceremony a year ago. Stan had always been a bay area boy and had parlayed his waterfront experience into becoming president of a longshoremen’s union rumored to be connected to the mob.  I was a junior investigator with a well-established private detective agency. While we both had had a good time reminiscing, there seemed to be a mutually felt underlying tension that we were, in some fashion, on different sides of the law. We had parted company with the usual, and typically insincere, agreement to keep in touch.

Over the intervening months, underworld turf wars heated up. Bodies were dropping like overripe apples in an orchard. Stan, and his bodyguard, Frankie Bochek, were ambushed outside a restaurant in the Tenderloin District. Bochek was hit first and died at the scene, his piece still in the holster. Stan was carrying and shot back. The unlucky hit man attempted to flee but was taken out by the cops that had been tailing Stan.

When I heard about the hit, I felt sorry for Stan. I knew he and Bochek went way back, best friends, even before the Coast Guard. I had to keep my distance, but I thought maybe I could find out who had orchestrated the attempted takedown. I had a few stoolies and some contacts with the cops. I made the rounds of the gumshoe shops around town. It took a while, but I came up with a good idea who had hired the hitman.

I called Stan to tell him I had some info for him but not over the phone. We agreed to meet the next night at the bar in the Hotel Fairmont atop Nob Hill. The Fairmont was one of the swankiest hotels in the city, a far cry from the sailor bars we frequented in our Coastie days.

Stan was sitting at a table alone when I arrived. I cased the room as I made my way to him. There were a few guys at the bar, one lug I guessed was Stan’s new bodyguard and a couple of suits at the other end.

I sat and ordered a Jack Daniels.

“What’ve you got for me?” asked Stan.

“To start, your hitman was a petty criminal, named Bennie Gorman. He was known to hire out for whatever, mostly roughing up people, but never murder. But I guess you already know that.”

“I know about him. What else you got?”

“A theory. Your guy Bochek was the intended target of the hit, not you.”

“Who and why would someone want to take out Bochek?” asked Stan with a surprised look on his face.

“Exactly,” I replied. “Let’s do the why first. Suppose Bochek had been getting too cozy with another man’s wife and the husband was a powerful guy.”

“That might do it,” replied Stan with a serious look on his face. “Do you know who the husband is?”

“Yeah, I know. I found the detective you hired to follow your wife; all those hotel visits with Bochek.”

“The way I see it. You hired Gorman to stage the phony hit on you to take out Bochek. Gorman was supposed to get away, scared off, when you fired, pretending you were shooting at him. You didn’t know about the cops tailing you.”

“The military Colt 45 found on Gorman was the one you reported fell overboard from the Reliance. I still have the report you signed.”

Stan was reaching for his piece when the undercover cop, one of the suits at the bar shoved a revolver in his face. “I’m sorry too,” I said as they led Stan away in handcuffs. 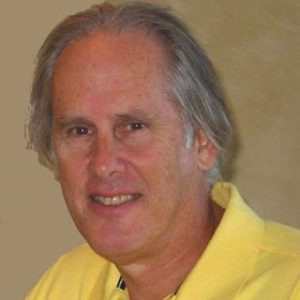 Frank Kozusko is a retired US Navy submarine officer and nuclear engineer. After the Navy, he spent 20 years as a university professor of mathematics. Third beat: Writer. He’s been published in Bewildering Stories, Ariel Chart, Pilcrow & Dagger, Literally Stories, The Avalon Literary Review, and Over My Dead Body, and anthologized in Paradox: The Inner Circle Writers' Group Crime/Mystery/Thriller Anthology 2019, The Twofer Compendium,and Bubble Off-Plumb. His retro-noir detective Jake Malloy will appear in “The Trench Coat Chronicles” and the “Jersey Pines Ink Whodunit Anthology."