At the bottom of a remote lake in the Sierra, a skeleton rocks with the current, ankles and neck chained to the decaying hulk of a snowmobile.  Close by, covered with muck, lie a rusty ax and a pistol. The corpse wore, for a while, the expression of a man both surprised and betrayed.  A .22 caliber hole in the bony forehead above the eye sockets creates a triangular pattern.  It is night, ice seals the lake, and seven winters have come since a blade cleaved its smooth surface.  Coyotes whine as a driving wind hazes them over the frozen expanse in a whiteout.

At a posh restaurant in Los Angeles, slushy drinks whirl in a blender. A man and a woman celebrate the arrival of a long-anticipated check.  She stares into her crystal margarita glass, remembering the reluctance of her husband Uriah’s insurance company to make good on his life policy, but after seven years missing, Uriah has been declared dead, the check now cut and delivered. Gary, her accomplice, sits across the table from her.  He is a dullard but useful as muscle and for the occasional hook up. He wears a bright lemon-yellow tie that’s giving her a headache, and she wants to jerk it off his neck, but never mind since he too will be gone, very soon. They toast the transfer of wealth; their glasses clink lightly, creating the sound of a tiny bell.

Months later, Nathan, a sheriff’s deputy in a rural Northern California county awakes with a start as a memory peals in his brain: during the sale of his missing brother’s possessions, the auctioneer read the mileage on the odometer of a snowmobile as he cajoled the buyers.  Nathan realizes with a sudden, sickening jolt that the number on the odometer was impossibly low, and now sees the crime against Uriah, the older brother who had been his closest friend.

Revelation hits him like a blast wave from a far-off explosion. The horizon burns with reds and golds and purples.  A black streak like asphalt leads away and disappears.

He calls the only number he has for Tonya, but it works, and she picks up.

“Nathan, it’s four in the morning. What could you possibly want?”

“Wake up that worthless piece of crap you took off with.”

“You are referring to Gary, I assume.  Saw him a while back, but he lives in Vegas now.  I haven’t heard from him since we had dinner in Los Angeles.  We haven’t been a couple for quite some time now.”

“I got you two figured.”

“Then why replace his snowmobile with a lookalike?  You forgot to match the mileage.”

Tonya is silent except for her breathing.

“I’m guessing poor dumbass Gary was the hitman.  You used Uriah’s snowmobile as an anchor.  You drove him out on the ice somewhere and dropped him through.  I just hope he was dead when he went into the water.  You fucking bitch.”

“Intriguing theory.  Now all you need is a body, a witness, a murder weapon, and the old snowmobile. You’ll need the replacement, too, for comparison purposes.  Clearly, you don’t have shit.”

Tonya laughs hoarsely.  “Well, like I said, you don’t have shit. The desert around Vegas is enormous as I’m sure you know.”

Nathan’s body prickles with an electrical current.  He wonders momentarily if he is having a stroke.

“Nathan?  You there?  I will give you this.  You were always smarter than Uriah.”

Nathan hurls his cellphone against the bedroom wall.  His stomach burns with reflux, and the bitterness of acid comes back up into his mouth. He gags and spits.  He struggles to breathe as if he is underwater.

But nature can deliver a rough justice, and sometimes the Mojave declines to keep its secrets.  In the desert that morning, rain falls in sheets and roars down alluvial chutes, changing the geometry of canyons and uncovering a skeletal hand. 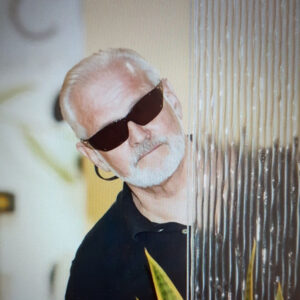 Stephen Cook has written and published short stories, essays, academic papers,advertising copy, book reviews, and flash fiction, some of which earned awards.  He has written and edited "Writing for Proficiency," "Realizing Westward: Cowboy Mythology and American Character," and "Two Rivers: Lieutenant John Bullis and His Days Commanding the Seminole Negro Indian Scouts," which was a finalist for historical fiction in the Indie Excellence Awards competition. "Numbers" is his first attempt at crime fiction.