No Wrong, Come Along

Family taught me a few things.

Using memory and the full moon’s light, I eased the ’69 Chevelle down the overgrown dirt road, chaparral scraping the car like bony fingers. Swollen eyes made the drive difficult, but I eventually reached the scarred remains of the old ranch and parked. Once a famous filming location, it burned down a year ago. I could still see the ghost of what the place used to be, though.

Once upon a time, it was home. It was genuine love, laughter, and music. But no matter how much you might try to cling, life punches you forward.

Sometimes it brings good things. I glanced into the rearview mirror and in the deep dark could barely see Piper curled up in her little blue blanket. Stretching and yawning, she sat up and rubbed her eyes.

“We took a little drive, baby.”

“It didn’t use to be,” I said, thinking back to the campfires we used to have, Charlie singing to us, dancing, making love in the woods, the birth of my baby. “You lived here a long time ago when you were just a tiny thing.”

She looked out into the blackness. “Was this the happy place?”

“That’s right.” I’d told her stories about our earlier life before becoming a waitress and before shacking up with that bastard Jimmy Watts when I didn’t have a dime to my name.

Family taught me love is the key to everything. If you do something for love, it can’t be wrong.

Piper scrambled from the back and settled into the passenger seat. She looked like a little doll all wrapped up except for her round face and tufts of dark hair poking through. Big eyes, glistening in the moonlight, gazed up at me. Even in the low light, I could see swelling on her cheek where Jimmy had backhanded her. The kernel of anger flared inside me again.

“Mama, your face,” she said. She reached out a little hand. Her touch, the love she felt, was soothing despite the pain. “Why are you crying?”

“Yeah, sweetie,” I said. I cupped her chin in my hands and kissed her forehead. “I’m happy because everything’s going to be so much better.”

“Mama, your hands are all sticky,” she said, wrinkling her face. “Did you eat ice pops without me?”

“No, baby. You know you always get pops. They’re just sticky from some work I did.”

“No. Some work around the house. Cleaning up.”

She slumped into the passenger seat, casting her eyes to the floor. Her voice became small. “Were you and Jimmy fighting again?”

It tore at my insides she’d witnessed Jimmy putting his hands on me time after time. And pissed me off that the bastard thought he could lay a finger on her.

But that was done. Almost.

“It’s time you snuggle up and sleep. In the morning, we’ll go get some waffles.”

Family taught me you do what needs to be done.

I’d smoked half a pack of cigarettes while sitting on the Chevelle’s trunk before I heard people creeping through the scrub and whispering. One of them called to me. A woman.

My true name never sounded as sweet and musical.

“It’s me,” I said, choking on tears, so grateful they answered my call.

Three forms, two women and a man, slowly pushed out of the brush toward the car. They looked like angels tinted pale blue in the moonlight. Hoppy, Squid, and Bear. I hadn’t seen them in over a year, but they were as beautiful now as ever. Each carried a shovel.

“Bastard in the trunk?” Bear said in his deep, gravel-like voice.

Family said, there’s no wrong when you do something for love. Even murder. Family also taught me lots of places to bury bodies on the ranch. 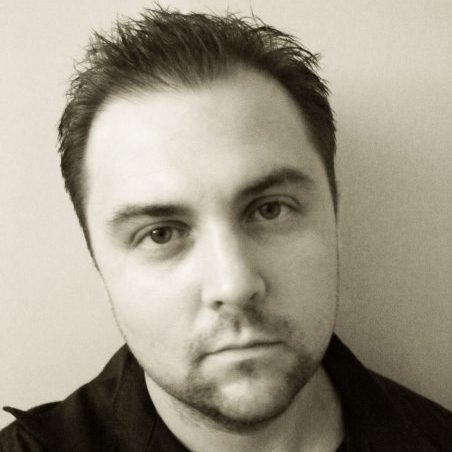 Jason M. Tucker works as a full-time writer in Southern California. He’s had numerous short stories published in various magazines and anthologies, and his collection, Meat City, was published by Black Bed Sheet Books. His story “Coventry Greens” was recently filmed as The Greenies and is based on a script he wrote. “Red Skies” is part of the upcoming tabletop roleplaying game Dark Era. He’s currently working on too many projects. His website is jasonmtucker.com, and his Twitter handle is @rollforgeek.