I’m generally not a good person. Make no mistake about that because I’m very misunderstood that way. And I’m trying to set the record straight.

Here’s the way it went down.

US Arms Manufacturer A had the patent for a really nasty thing: a portable weapon that could really do some damage. They never quite told me what it was. And US Arms Manufacturer B was infringing on that patent by doing the manufacturing in an obscure country that didn’t exist twenty years ago. NBD ordinarily, but B was being unreasonable, and A didn’t want the expense of a long litigation. Not here in the US and especially not in some country the size of a postage stamp, run by gangsters who wore suits made in London that didn’t fit.

So the CEO of A paid me (through a proxy, which was appropriate for a CEO). And I aced the CEO of B over in the postage stamp, some of whose ill-fitting suits I had known back in the day. And B stopped infringing on A’s patent in the postage stamp. Which some people said was a good thing: stopping the infringement, I mean, not the ace.

I didn’t care about that. I would have aced the CEO of A if B had paid me. Hell, I would’ve aced both CEOS for that matter if anyone cared to pay me for it.

During the US’s part of the investigation of the murder, the US government discovered that A’s design was faulty, and that the actual weapon killed people who tried to use it. And the CEO of A knew about that. So the went to jail for life. And so Arms Manufacturer A collapsed and was bought by Arms Manufacturer B, whose new CEO wore an ill-fitted London suit, who I had known back in the day.   There’s no philosophy involved. 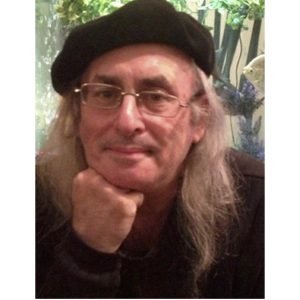 David Berger is an old Lefty from Brooklyn, now living in Manhattan with his wife of 26 years: the finest jazz singer in NYC. A father and grandfather, Berger has been, among other things, a caseworker, construction worker, letter carrier, high school and ESL teacher, a legal proofreader and a union organizer. He loves life, his wife and the world, hoping to help the latter escape destruction.