Amarillo this time a year could be a real bitch and tonight was one of those nights. Cars and trucks were everywhere, in the ditch or half ass parked and abandoned from earlier tonight. Everything had at least a two inch coating of ice on it and Austin Parmenter was slipping and sliding towards his final destination. The wind was howling but he put his head down and kept walking.

Maybe a half mile to go, give or take. He’d decided to make this run after drinking everything he had at the house and that meant everything but the NyQuil. Including the last quarter of the Cuervo bottle he always kept stowed away for emergencies. Parmenter had a lot of emergencies these days.

While skating along, he ticked off the list as he went. Topping the list was Miranda the ex-wife and well hell, add her whole fuckin’ family. There was a son and daughter that hated him, getting a new job that just wasn’t going to happen, an old Silverado that wasn’t runnin’ – and hey, name the problem brother and Austin Parmenter owned it. He slipped then, wheeled his arms like a referee starting the game clock and fell smack dab on his ass.

“Fuck me…” he shouted into the wind and looked down the dark road. Power was off in half the town. He could only hope that ol’ Cesar was open.

A month later, or that’s what it seemed to Austin anyway, he made his way across the small parking lot with one leaning pole light. He had used it a beacon, a lighthouse to focus in on as he came. Yes, by God, it was lit and so was ROSA’S spelled in red neon in the small front window.

He only saw two cars. One was almost sideways, hugging the stone wall of the bar where it had ended its slide. The other was Cesar’s old F-150. Austin only had a crumpled up ten in his pocket but Cesar would take care of him for the rest, he always did.

He slipped again as he reached for the door and would have went down if he hadn’t caught the handle. Swinging himself inside the dimly lit bar, the heat hit him immediately. Cesar always kept it warm in the bar and it felt damn good on a night like tonight.

Rosa’s was always quiet and slow. That’s why Parmenter liked it. It was old school. There wasn’t loud music. Wasn’t any music at all. The old Wurlitzer in the far corner hadn’t worked since Carter was President. There weren’t ten screens showing every kind of sports you could think of. No chit chat bullshit with some guy reading a newspaper sippin’ Merlot. It was a bar, plain and simple. You sat your ass down and drank.

There was one other customer, sleeping way down at the other end of the scarred up bar. Head down sideways, arms splayed out and his drink spilled and puddled around him.

He sat down hard on a barstool near the beer taps and shook a little. Digging the ten out of his jeans turned into a struggle. The walk hadn’t sobered him up and he was thankful of that.

“Cesar! It’s Austin. Get out here amigo. I got cash money. Rápidamente!” He grinned into the mirror behind the bar. Squinting at the old clock by the register he saw that it was a little after midnight.

Parmenter looked down the bar again. Guy was still sleeping. He craned his neck and looked through the doorway heading into the backroom. No Cesar yet.

What the hell. Standing up on the barstool footrest he reached over the bar and under it, taking a beer glass from where he knew they were. He flipped the tap and poured himself a ZiegenBock.

Half of it was gone before he sat back down.

He looked through the backroom door again, then finished the beer and poured himself another. Lighting a smoke he looked at the clock again, the lined up liquor bottles and the register. He blinked. Wait now…he hadn’t noticed that at first. The register drawer was partly open.

He got up slow with a frown and a voice whispering in his head. Heading for the man down on the end of the bar, he was only halfway there when he stopped. Even dead ass drunk he could see now that the spilled drink, pooled on the bar around the guy, was red.

“Cesar…you back there man?” He pulled his eyes away from blood and scanned the small empty bar. His stare settled again on the open door behind the bar and he walked that way.

Just inside the backroom and to the left, he found Cesar’s body. His head and face half gone. The other half spackled the white cinder block wall above him. A little metal lock box that had been pried open was on the floor too.

“Realll bad timing pard. I’da been gone in another minute.” The voice came from the darkened storeroom on his right.

“Fuck me.” Parmenter weaved around and peered into the shadows. 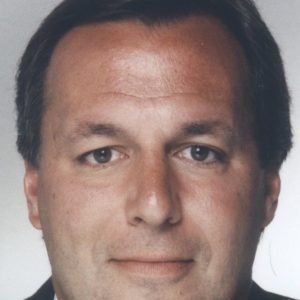