Daddy don’t smoke, but he don’t fuss about it. Live and let live, he says. But Daddy don’t like the man chain-smoking at the Steelworker’s Labor Day Fireworks. He says it’s inconsiderate with kids around. Smokers should go to the third base line where a dozen men stand smoking, spitting and telling bad stories. The Labor Day Fireworks is meant to be kept nice.

Mama unpacks the picnic and pours icy lemonade cause there’s no law against being inconsiderate. Mama takes a drumstick and gives it a bite before handing it to little Delois cause her baby teeth need a head start. She plates up fried chicken and potato salad for Daddy and me and shoots me a look when I pick up my fork.

Daddy bows his head and blesses our meal.  I close my eyes but I can feel everybody looking at us. The guy with the cigarette laughs and I worry that Daddy will get mad, but he doesn’t. We saints can expect ridicule from unbelievers. Mama fixes her own plate and tells him how the wringer on the washing machine is acting up again.

When I’ve cleaned my plate, I ask to be excused. Daddy clears his throat and I remember to thank Mama for such a good meal. Mama says I can go play until the band starts.

Daddy sees some other By-Products men and goes over to talk Union with them. Daddy’s friends smell of coal gas and Old Spice and they all like whiskey and hunting and telling big lies. Daddy gave up whiskey when Jesus saved him, but he still likes hunting and telling lies, long as everybody knows you’re lying.

When the band starts, I run over and tug at his hand. He gives me a hard look and tells me to go away cause grown folks are talking. But Mr. Hightower stops me, gives me a quarter and tells me to ask my mama when is he invited to dinner. Daddy wants me to give the quarter back but Mr. Hightower won’t have it and since he is both old and the best hunter in the world, even Daddy must show him respect.

Daddy walks with me back to Mama and Delois. When the band stops and the fireworks begin, some babies cry but most everybody is silent, enjoying the boom of the rockets and the sound of the whole town gasping at the power and prettiness of it all.

When it ends, folks all stand quiet for a minute and then head home. The fathers carry lawn chairs and the mothers hold babies and empty baskets. I take the basket from my Mama and she pats my shoulder to thank me for helping.

The man with the cigarette is still smoking and when he gets to his pick-up, he flicks his cigarette away, high and hard. Then I hear Delois scream. Mama kneels and asks what is wrong. On the baby’s shoulder is the gray of a cigarette burn on her coffee brown skin. Daddy fishes a piece of ice out of the lemonade jar to ease the sting.  He tells Mama he will be back in a minute.

Mama looks scared. She tells me to go with Daddy and stay with him.

Daddy taps the man on his shoulder. He says the man’s cigarette just burned a little girl. The man says Daddy is full of S and he should take his brat and go to H.

Daddy says talk is cheap. The man plants his feet and swings, but Daddy just lets the punch slide off him like water on a stone, Daddy rises on his tippy toes and draws back his right hand like it was a hammer. When the man half-turns to block it, Daddy jabs twice with his left straight to the man’s eye then brings his right underneath to his chin.

The man sits down heavy on the running board of his truck then slides to the parking lot.

Daddy takes my hand and walks back to Mama, his hand shaking like grandma’s when she threads a needle.

“Junior,” he says, “People like that is why we can’t have nice things.” 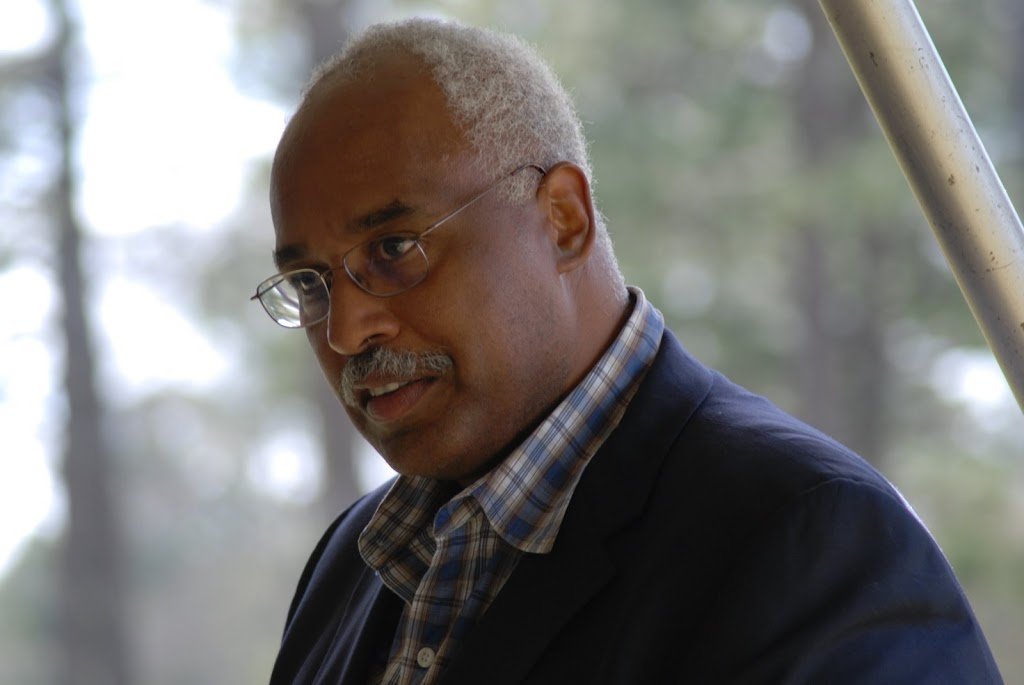 Conrad Person is a Philadelphia writer whose work is influenced by the steel towns of his youth. He believes that the darkest crimes are committed in the human heart.