Murder on My Mind

“Charge it,” she said, smacking her gum and smiling at the cashier as she slid the huge bottle of antifreeze toward him. He put down his crime novel. The night in the store had been slow, but the book had just picked up. He was just about to find out whodunit.

She plunked her other things on the counter: A travel magazine and passport photos, just taken.

He took her card and did as he was told. He didn’t ask any questions. He’d seen her before, with that dyed red hair that was still black at the roots. He didn’t think she owned a car, but, he couldn’t be sure. Hell, he didn’t even know if she was buying the antifreeze for herself.

“That’s everything?” he asked, wondering if she’d add a pack of cigarettes to the order, like she usually did. Antifreeze, a travel magazine, passport photos, and cigarettes.

“I’ll take one of them packs of Marlboro’s. Lights,” she said, and he thought the way she moved her face he could see underneath her makeup, a bruise under her left eye. But then, her head dipped back down and it was gone.

He wondered if he should ask for some ID. He’d checked it before, knew she was over twenty-one. There was no point. He knew her name. Clara Ann Reynolds. He even knew where she lived, how tall she was, and that she wasn’t an organ donor. He decided against it.

“Getting cold out there,” he said, by way of conversation, but also, he was trying to pry. Maybe her car was acting up. Maybe he could learn something more about her.

She looked up, surprised he was still there. “What?”

“Gettin’ cold. Your car?” He slid the card through the machine. The name on the card didn’t match her real name. He wondered if it was stolen, but he said nothing.

He looked at her quizzically.

His mind exploded. The bruise, the upcoming travel, the undetectable poison.

“Your, your husband?” he stammered, not knowing where to go from there, not knowing how to get her to elaborate on the now very evident fact that she was planning to kill him.

“Yeah, I know him. He needs antifreeze?” It came out as sort of a squeak, and he cursed his voice, wishing he could figure out how to ask her exactly what she had planned. Wishing more, that he’d asked her nothing at all.

“Yeah. He needs it.” The way she said, it, he knew what she was thinking. A hundred grand in life insurance money flashed behind her eyes and into his brain. He knew exactly what she meant. He needed it, all right.

He slid the travel magazine into a plastic bag.

“Dunno. Maybe. Depends on if I can help Ricky fix what needs fixin’ or not.”

He knew what she meant. He knew. But he just stood there, pale and dumb. She took the plastic bag, hefted the jug of antifreeze, and slipped out into the night. He went back to his book. Now there were two murders to solve. 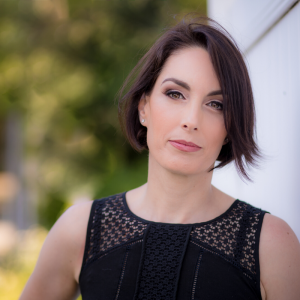 Jessie Sweet is currently querying her debut novel, a psychological thriller entitled SAVE HER. She has been previously published in Havok magazine and her non-fiction writing has been published in Forbes.com, BusinessInsider.com and The Huffington Post. When she’s not writing, she can be found embarrassing her two daughters, watching Netflix with her husband, or indulging her wanderlust. Find her at http://www.jessie-sweet.com and @jessieksweet