It started when I found Tyrell on the steps of Carver Desire Baptist.

Tyrell was a gangly sixteen.

Bookworm mind. Groundhog smile. Proud of nothing but the case of Star Wars figures he used to carry everywhere. He even showed me, his friendly neighborhood Narco detective, a few times.

Sad kid. Gang kid. Went by “Tusken,” after the Tatooine raider. Got by however he could and yeah, I put a few free meals in his belly while his mother went broke putting crack in her lungs.

His belly had been just about cut out when I found him on those steps. His skull was stove in three places. The scars on his chest were like a map of Hell’s highway.

He had no insurance. No prescriptions for the lasting pain. No mother worth calling that. But he lived.

Chantay was found by a pastor two years later.

She was a precocious, pigtailed thirteen.

Kept her Little Pony’s tail brushed. Kept a ticket stub to every movie she’d seen. Escaped the treats from the pimps and the pushers.

Sweet kid. Chatty kid. Asked to ride in my police cruiser, even after I told her most kids don’t ask—they get told to.

There wasn’t much left inside Chantay to stitch back up. Her hair had been cut and taken. The scars on her chest were a familiar map.

“Can’t imagine another like her,” Homicide Detective Andel said for weeks after, his mantra.

Lashondra was found by her brothers with teardrops tattoos.

She was a thoughtful, righteous fifteen.

Stayed on the Honor Roll. Stayed off the corners. Came from a ganged-up family of twelve that fought and died for the Dirty-30, but Lashondra dressed and walked like she was on the way to the White House.

Classy kid. Caring kid. Always shook my hand when we met, fingers smoothed and scented sharp from doing others’ laundry.

Her hands were stolen. Her head turned up in the Industrial Canal a week later. The scarring on her, I’d about memorized.

She wasn’t going to rest easy with her brothers out to avenge her.

“We’ve got an animal on the loose,” Andel said, sounding scared for once.

Andel was wrong. Not just an animal. A pack.

DeeDee was found at the sewer by Humanity Street.

Eleven. Drew imaginary lands in Crayola. Lived in a house with no roof.

Connie was found at the warehouse off Law.

Seventeen. Liked dogs but not people. Died in the basement.

Then Rhoda. Then Georgette. Then Laurie.

So many different names, always the same scars.

No scars in them. Just steel-jacketed ammunition, sent by the Dirty-30 prowling for vengeance over Lashondra.

“I don’t know how much more I can take,” Andel admitted after spending a night at Vaughan’s with me and Jack Daniels.

It ended by accident when it finally did.

His old hangout had been torn down by the city and eaten by the storm. There were only scars of brick left, not Projects. I went there anyway.

I found Bella with her brother. I can’t say there was a part of her “Tusken” didn’t hurt.

I won’t say what I did to hurt him back.

After, I called Andel in for the bust.

The details came after Tusken healed enough in the mental hospital to talk. The PCP he’d taken for his pain. The years squatting in broken houses, eating discarded things. The nights when the voices came.

I figured as much. I still wanted to know one thing.

“Who cut you?” I pointed to his scarred chest. “Who hurt you?”

Andel wanted to burn his file on the murders. He couldn’t.

“We won’t see his like again.” He couldn’t even look at me when he said it.

I look at my cruiser window, at the children and the ruins and the wild yards. The poverty, the pills, the heat. And I see.

I see, clear as map in skin, where it all is heading.

I see there’s no end. 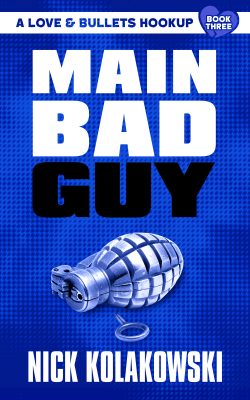