Bruce was humming as he typed on his computer keyboard and it was driving his roommate crazy.

“Can you shut the fuck up?” Harris barked at him. “Please?”

Harris sighed. “They want the story to hum, you idiot, not the writer.”

“Yeah, no shit,” Bruce said. “But this is how I get into it. Mind your own business.”

He went back to work, typing and humming.

Harris glared at him for a moment before turning back to the TV. He tried to ignore the drone coming from Bruce’s throat, but the sound went through him like fingernails on a chalkboard. Bruce had been humming like this for days now. It was driving him up a wall. There was no way he could focus on the tube.

“What the fuck, man,” he said. “Are you writing War and Peace? I thought this was supposed to be a short story.”

“Actually, it’s flash fiction, which is shorter than a short story,” Bruce said without looking up. “Seven hundred words max.”

“How many words do you have so far?”

Harris did a double take. “What?”

“I heard you,” Harris said. “But that’s ten times the max. Do you not know the difference between seven hundred and seven thousand?”

“I know the difference,” Bruce said, typing away again. “I write big, then pare it down.”

Harris snorted. “Write big? Who are you kidding? You’re a hack. You’ve had more rejections than a devil worshiper on a Christian singles website. Pare it down, my ass.”

Bruce stopped pecking at the keyboard and turned to face Harris. “Screw you, asshole. That’s my style, okay? It’s how I create literature.”

“You call that drivel literature?”

“Damn right I do. I’m an artist. The page is my canvas and words are my paint. So fuck off.”

He went back to typing. “Make it tight,” he said. “Make it hum.” He started humming again.

Bruce slammed his palms down on the desk and stood up. “No, you stop,” he said. “I’m going good here. If you don’t like it, go someplace else. Get out of the house. Go for a walk or something.”

“Screw you,” Harris said. “I pay half the rent and have every right to be here. I’m not going anywhere.”

Bruce shrugged. “Suit yourself.” He sat down at the keyboard. “Make it tight,” he said. “Make it hum.” He started typing again. And humming.

“That’s it,” Harris said, jumping up from the couch. “I’ve had it. I’ve fucking had it!” He stomped across the apartment and disappeared into his bedroom, slamming the door behind him.

A few minutes later he returned to the living room. Bruce was so busy working that he didn’t notice Harris standing behind him, holding a belt.

Harris stood there, enraged, watching Bruce work. He listened to the humming, and drew strength from that awful noise. Then, after taking a deep breath, he looped the belt around his roommate’s head, slipped the end through the buckle and cinched it closed.

Bruce gasped as the belt clenched around his neck. “The fuck you doing?” he croaked.

“I’m making it tight,” Harris said, pulling the belt with all his might.

Bruce gurgled under the pressure of the makeshift garrote. He tried to speak but was unable. He tried to scream but the sound that came out was a muffled drone.

And Bruce did hum. He hummed and he bucked and he convulsed. And then, finally, he died. And silence filled the room.

Harris smiled. “That’s better,” he said, basking in the quiet. “Much better.”

He went over to the couch and sat down. And for the first time in days, he enjoyed watching television in peace. 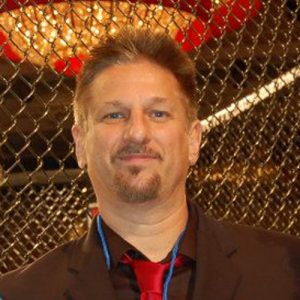 Kevin Z. Garvey’s crime fiction can be found at Thuglit, Spinetingler, Mystery Weekly, Crime Syndicate, Out of the Gutter, Scars, Yellow Mama, and of course Shotgun Honey. Garvey is also an award-winning combat sports ring announcer and member of the NJ State Martial Arts Hall of Fame. Follow him on Twitter @kevinzgarvey.