The ransom note directed me to an old radio tower on Highway 40. There the kidnappers would hand over Nancy.

I hated this case. What started out as a straight kidnapping had turned into a wild goose chase to find Harper Standish’s wife.

He was the richest guy in town, which wasn’t saying much. If you had more than two bucks in your pocket, around here you practically had it made.

The cops were convinced Nancy ran off with an old boyfriend, put in about two minutes of work, then wrote the whole thing off.

Two days later her husband got the note. In addition to not involving the police, there was a long list of instructions. Instead of just the usual money drop, they wanted us to jump through hoops.

“Can you bring her back, Mr. Unger?” Nancy’s mother asked. She clung tightly to her husband. Nancy’s parents weren’t young and this ordeal was killing them. It wasn’t going to take much more.

“They’re trusting you,” Harper said. He sat away from the Patterson’s, just inside the living room. He hadn’t said two words to them.

I didn’t acknowledge his comment. I knew what the family thought. I knew why they had faith. It was because of my last case, a simple missing person, Janet Carter. I found her, but not before she was killed. This family put their faith in the wrong guy.

The parents had me running across town picking up clues. I was ready to tell everyone to go to hell. They could do this themselves, then the request for two million in cash came in.

“You got that kind of money?” I asked them.

I remember the silence that fell over the room, both the parents and Standish stared at each other. Then each slowly nodded.

“Jack and I have some saved, and with Harper’s money we can cover it.” Mrs. Patterson said. She threw a look over her shoulder, “Equally.”

There was a bit of bile behind that.

The chill that had set in changed to nervous sweat when I saw a dust cloud in the distance.

I felt out of my element. Everyone thought the life of a professional detective was a glamorous one: chasing down the bad guy, shooting guns, getting the girl. They were mistaken. Janet Carter was my most exciting case, the biggest one and the one that went wrong.

A black Mercedes stopped 90 feet away from me. It idled for a moment, then a man stepped out as he got closer I recognized the face.

That son of a bitch.

“What the hell, Standish?” I yelled.

“Can’t just divorce my wife I’d lose too much, Mr. Unger,” he smiled. “She’s going to demand her half.”

“So that’s all this was, you needed a way to keep your money?”

“Mine and the folks, Mr. Unger.” he looked around, studying the landscape.

“Don’t suppose I could persuade you to keep your mouth shut?” he asked

“Don’t suppose your wife is alive.” I asked.

A sickening grin spread across his face.

“No, I suppose not,” I said. I racked my brain for a plan when I noticed his gun.

“I needed someone to be a fall guy. You fit the bill.”

“But Nancy’s parents hired me.” I tried to stall.

“Yes, it only took a suggestion. They were more than eager to cling to any hope.”

There was a rustling from the bushes that distracted Standish for a moment. I tried to run but a bullet broke into the ground in front of me. I turned and broke left, when the bullet struck my leg bringing me down.

I made a foot to my car when the next shot hit me in the back.

“I killed my wife, you think I care about shooting a man in the back?”

He reached over me and grabbed the ransom bag out of my car.

“This is awfully light,” he said.

He ripped open the bag. “Where is it?” he demanded.

Before the world swam dark, I smiled. Two can play a game of double cross. 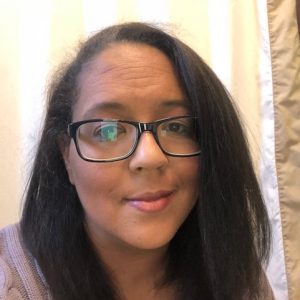