He parks, gets out. He’s bundled up in a scarf and hat, big coat and leather gloves.

He puts his hand out. I look at the hand, it’s trembling.

– What d’you think this is man?

He puts the hand away, looks down.

I kick the sack. The sack groans.

Then you have his type – your basically decent type. People who really didn’t ask for it, who just want to do something to make it go away.

I’ve got a daughter myself. I get it.

He gives a big, trembling sigh and shakes his head.

– I don’t even know what I’m supposed to do.

I let him think about it. The last of the day’s sparrows tumble home to roost. The first of the night’s bats swing around the trees.

It’s like this maybe one out of every five jobs; the client goes flaccid when he sees the sack, starts thinking he can pull out. He’ll say – keep the money. As if I was going to give it back.

– I really don’t think I can do this.

Now, you might think this would be the time to start insisting. It doesn’t work like that. If he panics and runs it’ll be straight to his local nick and he’ll give them everything. It’ll hurt him of course, but I’m still the one holding the sack when the Bill come looking. That’s bad for business.

I get my flask out and give him a drink. Then I give him the talk.

– I don’t usually read the files you know, not every word anyway. But yours, fuck, I’ve never seen anything like it. Look, no one would say this is a nice job man, but sometimes it feels necessary. After I read that file I’d have done the job for free if I could, I’d have seen it as a fucking public service.

– I think it’s right, what you’re doing, is what I’m saying. I admire you for stepping up. Taking control.

Reach for the stars, alta peto, be the change you want to see.

He kicks the sack. The sack moans, the sack sobs. He kicks it again. The sack stops.

We pick it up and load it into his car.

He holds his hand out, it’s steady. I give him the flask, he drains it.

I hear the radio come on. It’s an 80s station, playing that one by Spandau Ballet.

He turns it up loud, leans out the window.

– I remember when this was in the charts. Got to number one I think.

They never know what to say.

I watch his taillights till they disappear.

I can still hear the music for a while after that. 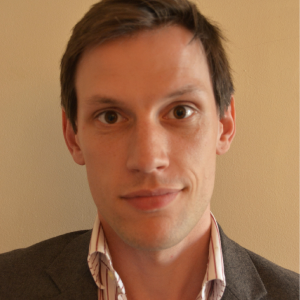 Richard Woolley was born in 1985 and grew up in the north of England. He now lives in London with his wife, two children, and a cat called Goblin. He works as a journalist and reads a lot of James M. Cain.