There’s something you should know about Killian.

Killian’s a guy who can put up with pretty much anything. All of that bullshit ex-con locker room talk doesn’t faze him one bit. For the most part, the man is like a Zen Buddhist monk.

But if you so much as mention his gun.

Let me give you a “for instance.”

For instance, last summer, when Jerry Sullivan’s little brother Pat joined the crew, we threw him a big party at the veterans’ hall on Ellery Street. We were all shitfaced and lined up at the bar for another shot, when Pat makes a comment about Killian’s gun being too small for a guy his size.  I don’t know. Maybe he meant it as a joke or something.

Everyone at the bar shut up all at once. Jerry and me looked at each other. I could tell we were both thinking that maybe we could spare Pat a beating from Killian if we took care of this ourselves, right quick. So, we made a big show of dragging the kid out into the parking lot, and, after giving him a few good ones in the kidneys, we explained to him in no uncertain terms the rule about Killian’s gun.

Never talk about Killian’s gun. No jokes. No questions. No well-intentioned small talk about where he got it and how many rounds it holds. Nothing. Not a single word.

Turns out Killian wasn’t making any allowances that night, not even for a new guy just cliqued up. When we all went back inside, Killian was waiting in the coat room.

“Pat and I need to have a little talk,” he said.

Nobody tried to get in the way. We all knew better. Ten minutes later, Pat left the coatroom minus his two front teeth. Later that night, I heard Jerry thanking Killian for not killing his little brother.

I’m telling you all of this so you don’t make the same mistake Pat did. So you don’t ever let slip a question and end up alone in a coatroom with Killian.

That gun Killian carries is a fake. Looks real, but it’s the same kind they use in the movies. Takes special blanks Killian buys at a magic shop in Roxbury. For obvious reasons, it’s absolutely fucking essential that nobody find out about this. I mean, can you imagine what would happen if the wrong people knew Killian wasn’t really strapped?

But that’s not the only reason why Killian’s so salty on the subject of firearms.

So, if you ever do work with the guy, for your own sake, avoid the subject of Killian’s gun. 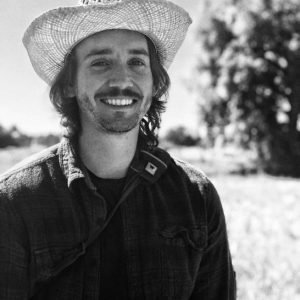 Connor Boyle was born in Boston, grew up in South Florida, and now lives in Santa Fe, New Mexico. He holds an MA in English from Florida Atlantic University. His master’s thesis focused on the role of lycanthropy in John Webster’s The Duchess of Malfi. His fiction has previously been featured on the Innsmouth Free Press website. He is influenced by the works of Joe Lansdale, Harlan Ellison, Patricia Highsmith, Jim Thompson, Harry Crews, Mark Twain, and Eric Ambler. His favorite book is James Hilton’s Lost Horizon.