We’re sitting in Phil’s garden, drinking red wine. I keep looking at the flower bed a few feet from the table where we sit. The colors are so rich, so intense, that the flowers look artificial, though I know they aren’t.

“I’ll never understand how your cooking is so great,” I say.

“Like I’ve told you, it’s about keeping it simple. No more than four ingredients, then all you do is apply heat and patience. Just trust the food. It’s when you complicate things that you run into trouble.”

I look at the flowers again, then I look at Phil. We both laugh.

He was always about keeping things simple. His house is in one of the wealthiest neighborhoods, and, though everything he owns is top of the range, there’s nothing ostentatious about his place. It’s sparse and elegant, containing only what is necessary. It’s the same with how he dresses. And everything else.

We sat in this garden a year ago. I’d been walking through his neighborhood, and decided to drop by and visit. I found him in an unusually grumpy mood. We watched the sunset, drank, and he told me about how one of his neighbors was harassing him. “I don’t know what his problem is,” Phil said. “I’ve tried talking to him, but it goes nowhere.”

I soon found out what he meant. As we sat there, his neighbor, an aging bro, walked right into the garden, looked at us, then walked over to the flower bed, unzipped his khaki pants and pissed on the flowers.

Phil didn’t say anything. He waited for the guy to finish and zip his pants. Then he walked over to him, whipped an arm around his neck in a choke-hold, and they both went to the ground.

I sipped my wine and watched them. It wasn’t the first time I’d seen Phil do that kind of thing, but it had been a while. The neighbor was trying to scream, but his throat was crushed and barely any sound came out. They lay there, Phil motionless, the other guy’s legs kicking. Then the kicking slowed down until the legs were still, and I smelled shit, and I knew that the guy’s bowels had voided because he was dead.

Phil stood up, came back to the table, sat down and drank some wine.

“I don’t know, but we have to get rid of it. Maybe take it to the woods and dump it there, or go down to the river and toss it in?”

“See, you always overthink things,” Phil said. “Everybody knows he and I are feuding. As soon as the body’s found, the cops will come straight to me.” He didn’t seem concerned.

“Let me get a couple shovels, and you can help me dig up the flower bed.”

It didn’t take long. When we were done, we went back to our seats and Phil poured more wine. “See?” he said. “Just keep it simple.”

The next day, I helped him plant new flowers. 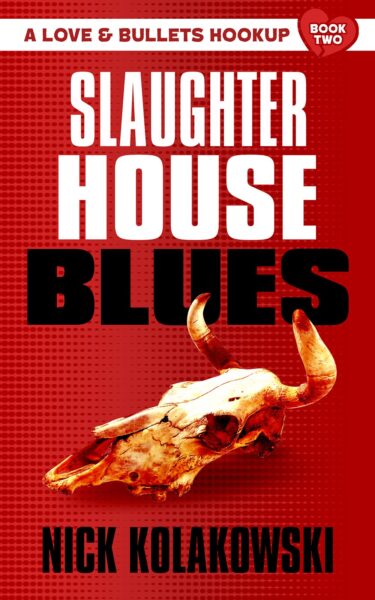