I watch the man I’m going to kill as he finishes his coffee and orders another. He doesn’t notice me—he’s too busy cataloging the younger women scattered around the diner to take interest in an aging housewife, and for a fleeting moment, I’m not sure how I feel about this. He would have noticed me twenty years ago; of that I have no doubt. Perhaps he would’ve taken me instead of my daughter, and then I wouldn’t be sitting here with a gun in my purse, waiting for a chance to put a bullet in his brain.

But for now, his empty eyes keep going back to the girl playing Bobby Vinton songs on the jukebox. When his partner comes out of the restroom, he’ll point her out. If they agree, the girl who loves Bobby Vinton won’t make it home tonight, or ever again.

I don’t know where he found Judith or when he decided to take her. Judith. The thought of her wraps a fist around my heart. My daughter, eighteen years old, with her lovely smile and her eyes the color of sea glass. I’ve imagined their meeting a thousand different ways. I wonder if he opened his car door for her, or if she opened it herself. I wasn’t there to stop her, but I tell myself you can’t watch them every minute of every day, no matter how badly you want to. So now I’ll follow a trail of corpses until I bring home whatever is left of her. I’ll catch him alone and empty his brains onto the pavement, because there’s nothing we won’t do for our children.

I’ve told the police about him, but they don’t believe me. They don’t see the red promise of these new roads. They’ve built 14,000 miles of interstate already, with thousands more on the way. Kennedy is a dreamer; whatever shining future he sees for America, he’s convinced the interstate will help take us there.

But the man I’m watching is not like Kennedy. I wonder what would have become of Judith if she hadn’t met him. All mothers think their daughters are special, but mine is different. I’ve known it since she was nine years old, when I watched her run from the woods behind our house, her mouth twisted in a sob for the tiny, bloody bundle she clutched to her chest. She found her father and led him to the edge of the woods—to the rabbit’s nest that waited there, full of little broken bodies. Dog got to them, my husband said as our daughter wailed. She felt things so differently than most. No wonder this man wanted her.

The restroom door opens, and his partner walks out. The fist that grips my heart squeezes it so tightly I fear it might turn to dust. I almost forget to hide my face in time.

Somehow, my daughter is even more radiant than she was before she slid into the passenger seat of this man’s car and whispered dreams of murder in his ear.

All mothers think their daughters are special, but Judith is different. I’ve known it since she was nine years old, when I watched her walk into the woods with my husband’s claw hammer. Dog got to them, he would say, as our daughter wailed her theater of grief for his benefit. Or, when she was thirteen and the little Harrison boy vanished, He’s just wandered off.

But I know the truth about Judith. I wasn’t there to stop her—you can’t watch them every minute of every day, no matter how badly you want to—so the little Harrison boy is mine to care for now. I’ll keep the weeds from his grave and mourn him while his parents wait for him to come home.

There’s nothing we won’t do for our children.

Judith takes her seat and leans across the table to hear what the man with empty eyes is whispering to her. But when she turns to follow his gaze to the girl at the jukebox, Judith’s eyes light on me instead.

My beautiful daughter smiles at me, and suddenly I wonder if I’ve brought enough bullets. 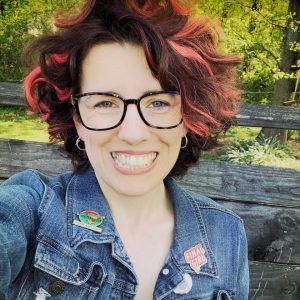