“There are rules to this. They apply to both of us. First, when our transaction is complete, you forget me. Second, payment occurs in full, up front. Third, I am not responsible for any legal fallout. Finally,” I tightened my fists, the leather gloves creaking. “This is gonna hurt.”

We met in the city. The alley was a place where if you left the car running and the lights off, no one disturbed you. There were rules here, too.

It smelled like rancid food, wet rats, and the kind of hopelessness only a dying city could manufacture.

My client swallowed hard enough to be heard over the drone of DJ Hanniballistic on 97.9X.

“They will investigate. They might hire a private dick to snap pictures of you. Are you sure you want to continue?”

“It can’t just look real, I said. It has to be real. You won’t know when it’s coming. You can’t. Once you get out of the hospital—”

His eyes widened, staring ahead. He thought I couldn’t see the fear if our eyes didn’t meet.

“—once you get out of the hospital, file for workers’ comp and then disability. File a personal injury lawsuit. I cannot guarantee any outcome concerning a judgement; however, I will stack the odds in your favor. Do you understand?”

He nodded again. I could smell earthy sweat.

“Risk will be minimized. Is that clear?”

He became a human bobble-head.

Mining was thankless work. Machines and people moved around the staging area, making it easy to blend in.

Plumes of black dust billowed from a conveyor that dumped coal from the tunnel. Jumbles of cables led into the gaping maw.

The miners got their morning briefing in a tin trailer before boarding a train that took them into the mine. They wore dark blue coveralls and hardhats with lights. Reflective bands circled their arms, legs, and torsos.

So few of them wore respirators. My guy said his whole family had worked for the company going back to his gramps. They all died in their fifties. He turned forty-nine last week.

Today, my name tag said I was Steve. During the ride into the mine, nobody talked, just coughed.

My client worked on his knees in a narrow space. He ran a machine that mined the coal. I fed him cable to his hand unit, which looked like arcade controls.

It was just us, but he didn’t know I was there.

He moved the machine forward, stretching to watch when the cylindrical grinder met the seam of coal. I leaned forward almost ninety degrees as I crouch-walked. The ground vibrated with the force of the machine’s grinding. I tasted the coal, like metallic, chewed-up aspirin. The work consumed my client’s attention.

I pulled out a can of spray paint. Bright orange. There is no such thing as clean coal. I tossed the can where it could be found.

There is an art to controlled demolitions.

You start with the damage you want to do. A protestor would want to send a message, but not kill anyone. Maybe the explosion was supposed to be at night to damage equipment.

How do I make this look like somebody’s accident?

A few calculations, and I have my power and shape for the charge. Nothing big. The explosive allows gravity do its work.

Miners sell their health so that the CEO can buy a second yacht. Miners labor beneath the ground, breathing dust and poison, surviving on the pride of hard work and hope in providing a better life for their children. Of course, their children become miners too.

My client’s case made the papers. He lost enough blood that he needed a transfusion. Doctors were confident that he’d regain use of his legs. He won’t be running along a beach ever, but he can sit by one, drink some Mai Tais, and watch his kids in the surf.

Some little suit in an insurance office somewhere does his tallies, looking at a chart to see how the company can minimize their liability. I’m just a balance to the scales. One adjustment at a time. 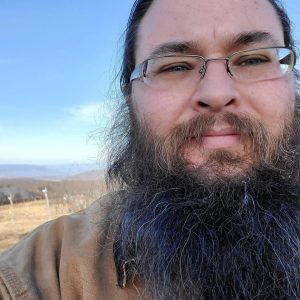 Matt Masucci is a writer and professor who lives with his family and three cats along the Gulf Coast of Florida. He writes horror and crime fiction. His work has recently appeared in Weirdbook, Great Jones Street, Under the Bed, Mystery Weekly, Three Minute Plastic, and Shotgun Honey (writing as Richard Sturgis), among others.